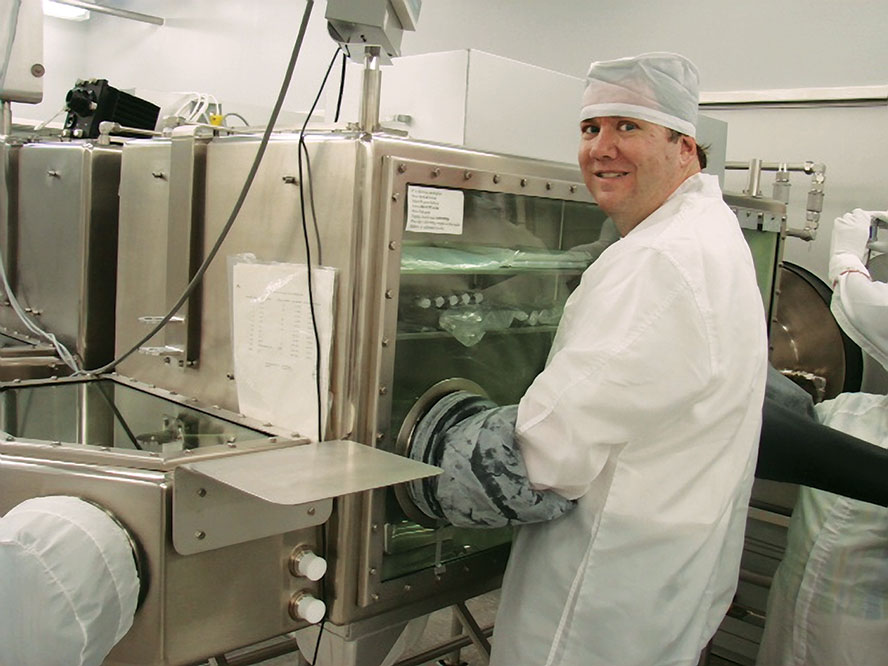 Walter Kiefer ’84 of the Lunar and Planetary Institute (LPI) in Houston investigates the evolution and dynamic inner processes of Venus, Mars and the moon.

On a family camping trip when he was 7, Walter Kiefer ’84 discovered his calling. Listening to an old battery-powered radio in the middle of an East Texas forest as Apollo 11 landed on the moon, Kiefer vowed that when he grew up, he’d be an astronaut.

In fact, he grew too tall to be an astronaut, but that didn’t stop the 6-foot-4-inch planetary scientist from exploring other worlds. During his 20-year career with the Lunar and Planetary Institute (LPI) in Houston, Kiefer has used his skills in geophysics to rocket back to the very beginnings of our solar system. His mission? To investigate the evolution and dynamic inner processes of Venus, Mars and the moon.

LPI research supports NASA, so as the space program’s priorities change, Kiefer’s projects do, too. His career began in the 1990s with the Magellan mission’s observations of Venus. Next, the Mars Global Surveyor (1996) and Mars Reconnaissance Orbiter (2005) provided detailed measurements of the red planet. Most of his data come from high-resolution topographic images and gravitational assessments gathered by orbiting spacecraft. Kiefer uses this cascade of information to create mathematical models, which he then turns into scenarios about the planets’ inner workings and geologic past.

As an example, take his recent work as part of the science team with NASA’s Gravity Recovery and Interior Laboratory (GRAIL) mission. In 2011, two spacecraft were launched to measure the gravity field of the entire moon. Gravity data give us a glimpse into the deep interior of a planet, a sort of X-ray view of its hidden structures and densities. GRAIL was able to map the moon’s gravity field in unprecedented detail.

Since it’s thought that the Earth and the moon formed at around the same time, seeing the moon’s early history via GRAIL tells us a lot about our own planet’s. According to Kiefer, “On Earth, plate tectonics, erosion, rain and rivers have obscured original structures, so what we see is only from the last million years or so. But on the moon and to some extent Mars, that very early history is preserved.” 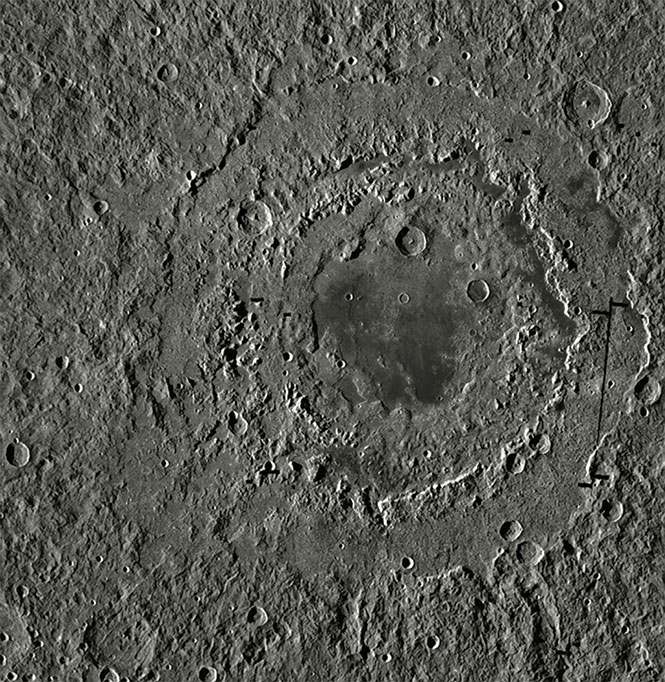 Despite all the poetry the moon has inspired, it’s a place of “magnificent desolation,” as astronaut Buzz Aldrin remarked on seeing it for the first time. Pock-marked with the impacts it has suffered over billions of years, with no volcanism, atmosphere or weather to disturb it, the moon is also a geophysicist’s dream.

“You start with modeling the impact process, then make predictions about how big the basin is, how much melt there was,” he says. “Does this match the gravity data? The chemical reports? If it fits, great; if not, you think about how to modify the model.”

He often has to write his own code. “It’s a long process. An iterative process. And it’s real work getting to that point.”

As he talks, it’s evident that the work sustains and exhilarates him, and that there are still endless questions he’d love to answer. Kiefer explains that GRAIL has already spawned new clues to the moon.

“When our solar system formed 4.5 billion years ago, large objects in addition to planets made impact craters in the Moon’s surface, some of them almost as big as the state of Texas.

“Strangely enough, these are regions of high gravitational difference in places where we’d expect the gravity to be lower. You would assume that because it’s a hole in the ground and less rock at the surface that gravity would be weaker there; in fact, the GRAIL data confirm that those places have the strongest gravity. Somewhere below the structure of the impact basin, the rock is denser.”

The question is why. Until now, it wasn’t clear how much of the unseen excess mass was from lava filling the crater or iron-rich mantle upwelling to the crust.

“GRAIL showed, at least in part, that the impact process itself causes rock in the mantle to rise up to shallow depths,” says Kiefer. “This mantle rock contributes to higher gravity readings, because it’s richer in things like iron that cause rock to be denser.”

Aside from analyzing spacecraft measurements of planetary gravity and topography alongside images of surface features, Kiefer studies the physical properties of extraterrestrial rocks.

“That’s the other thing we’re starting to figure out: that when you have an object 100 miles across hitting the ground, traveling at 15 kilometers per second  (around 35,000 mph) it creates an enormous melt, reaching molten rock that was initially 100 to 200 km (62–124 miles) below the surface. Understanding the melting of rocks is partly driven by computer models that tell about the structure, then we test those against topographic images and gravity data. Now we have an estimate of how much molten material was there, because as it solidifies it also contributes to the gravity field.”

By understanding how impacts changed the moon’s crust early in its history, we can better understand the Earth, as well as other heavily impacted planets such as Mercury and Mars. What Kiefer is working on now isn’t yet in textbooks.

“It’s a thrill to think that things I learned are being overwritten. I’m able to go home at night and say I understand something for the first time.”

In January 2013, Kiefer returned to TCU to give a research seminar about the GRAIL mission in the department of astronomy and physics. He began by thanking his mentors at TCU: Emeritus Professor of Geology Art Ehlmann and Physics Professor Bill Graham.

“It was great fun to be able to go back and thank them with the perspective of 30 years,” Kiefer said recently. “Their teaching has been fundamental to the rest of my career.”

Describing himself as an undergraduate as “a physics major who took a lot of geology,” he adds: “Art taught me how the Earth works. Bill taught me how to take physics and astronomy from the lab, and apply it to the stars.” Parents often resist the counseling that their children welcome. Team Building in a Virtual Workplace

Figuring out how to engage employees starts with listening and learning.