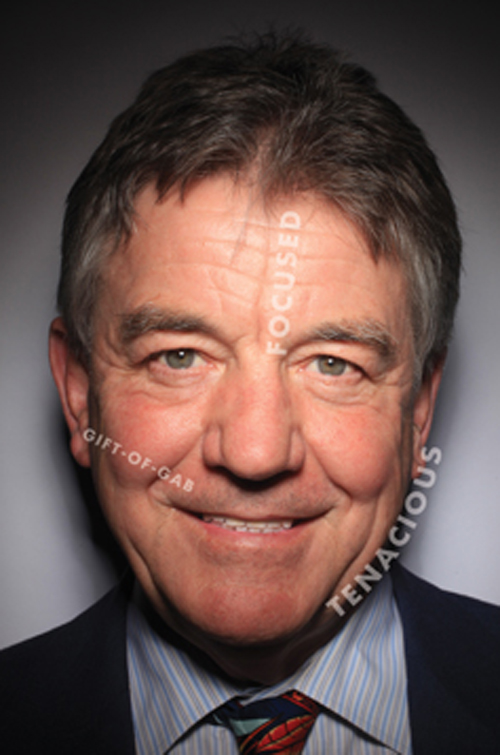 He has Einstein lines that show he has worked hard to develop his intellect and he has pumped iron with his left brain. More telling is the incredible vertical “freight train” line. It almost looks like someone buried a hatchet between his eyebrows and it shows his intensity. Through self-sacrifice and self-discipline he has forced himself to become so focused that once he makes up his mind, like a freight train, he will be hard to stop.

The wide space between his eyebrows shows an innate self-will. From the time he was a child, if he made up his mind he was going to do something, he went for it.

He has managerial eyebrows and while he may be a little slow to take something on, once he says “yes,” you can count on him. His tangled eyebrows shows that he may ask probing questions like any good devil’s advocate.

The creases on the flange of his nose show that it is easier for him to give than receive.

His thin upper lip tells me he plays his emotional cards a little closer to the vest and keeps his personal life private. He is much better talking about what he does rather than about what he feels — though his gift-of-gab line certainly shows he can talk when he wants.

His jaws show that he has the tenacity of a bulldog and won’t give up easily. The vertical lines in his earlobes show he sets goals, accomplishes the goal then goes after a bigger goal.

Donovan’s reaction to Fulfer’s analysis:
“The most convincing response came from my wife. She read Mac Fulfer’s analysis of my crackled visage and said, ‘He’s nailed you.’ When ‘she who must be obeyed’ confirms something, it must be true.”