Horatio Porter ’92 (MBA ’94) is focused on transportation as the new chief financial officer for the North Texas Tollway Authority. 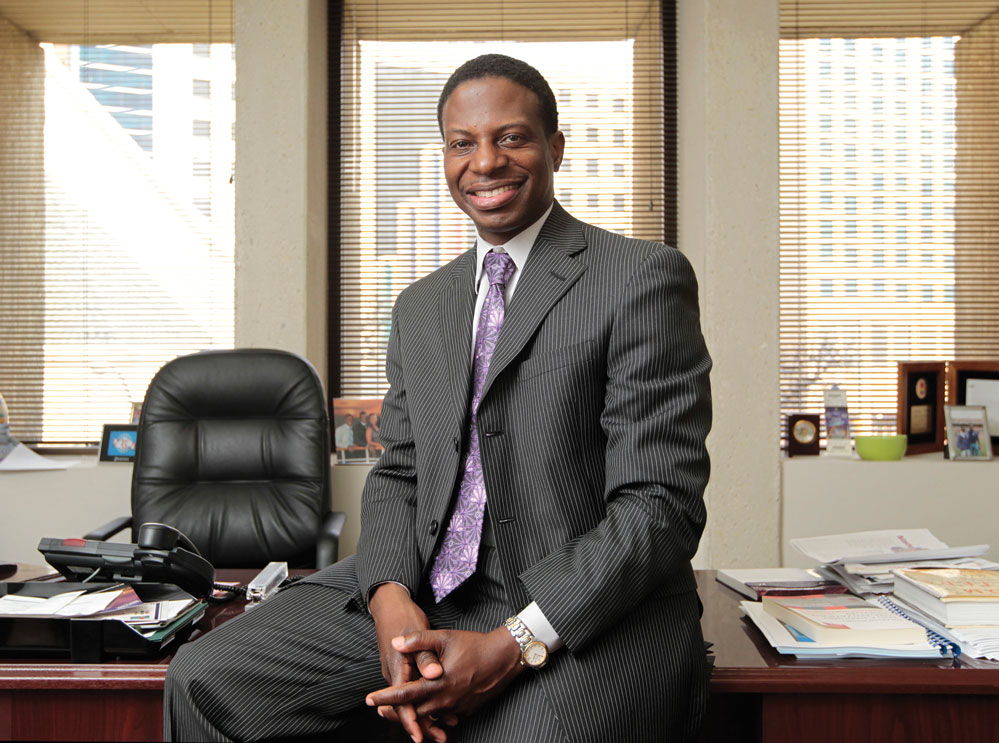 Horatio Porter ’92 (MBA ’94) is focused on transportation as the new chief financial officer for the North Texas Tollway Authority.

“NTTA provides an opportunity to have a singular focus on one of the state’s and region’s most critical issues: transportation,” Porter said. “NTTA is a leading tolling authority, and I’m excited to join the team of quality individuals who are developing long-term solutions.”

After graduating from the Neeley School of Business at TCU, Porter worked in the private sector for 15 years, but was ready for a change.

“I was proud of what I had accomplished and felt I could make a meaningful contribution to the public sector,” he said. He joined the City of Fort Worth as budget officer in 2009. “I started with the city when the effects of the recession began plaguing municipalities across the country, and in particular, Fort Worth. I welcomed the opportunity to serve the citizens and help shape the landscape of my hometown.”

Porter enters the NTTA CFO role with a host of high-budget projects under way and a variety of budgetary challenges.

“Like many organizations, there is tremendous pressure to deliver more with limited resources,” he said. “NTTA has the challenge of continuing to build and maintain the infrastructure [tollways] that will facilitate and alleviate the growth we’re experiencing.”

Porter’s immediate focus is on improving tollway revenue collections as a means to provide capital to develop new tollway projects, with additional priorities being placed on creating additional borrowing capacity for future projects and building partnerships to maximize performance.

“The future of tolling authorities is strong, particularly in our region,” he stated. “We’ll work to strengthen the utilization of tolltags while maintaining a safe and reliable tollway system for our customers. The goal of the NTTA is to become a premier tolling agency in the country, and I believe we are well-positioned to do so.”

Despite his busy professional schedule, Porter, who was an NCAA record-setting track athlete at TCU and received both his undergraduate and graduate degrees from the Neeley School, works to maintain his connections on campus.

“I’m on the Accounting Advisory Board and have served on the board for the Alumni Association,” he said. “Staying connected is always a challenge, but I relish the opportunity to stay engaged with TCU.”