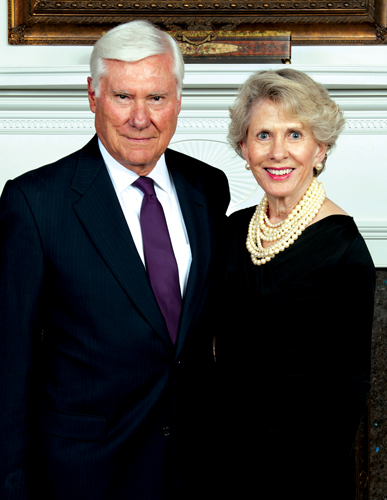 Handpicked by Air Force leadership, Major General Cox was made first director of operations for the worldwide U.S. Special Operations Command, which engaged in counter-terrorist operations, infiltration missions into hostile areas and support of U.S. regional commands in special operations missions. In 1988, he became deputy commander-in-chief.  In that position, he helped rebuild the nation’s joint special operations forces into what they are today — our country’s premier, elite forces that have been deployed with great success in southwest Asia over the last two decades.

Major General Cox retired from active duty in 1990. Alaska governor Walter Hickel then named him Adjutant General of Alaska, with command of the Army and National Guard units in the state. In this post, he was instrumental in establishing the Alaska National Guard Youth Corp, which became a national model for educating high school dropouts. It was later adopted by 30 other states. He also served in the Alaska governor’s cabinet as commissioner of Military and Veterans Affairs, as well as State Emergency Services. Among his responsibilities were the state’s efforts to recover from the catastrophic Exxon Valdez oil spill. In 1994, Governor Tony Knowles presented him with the Alaska Distinguished Service Medal.

In the years since, Major General Cox has served as a consultant to numerous defense industry corporations, including the Boeing Company, Lockheed Martin and others.

He and his wife, Patricia Noble Cox ’59 live in San Antonio.