A May graduate in communication studies and sociology, Taussig was presented with the Distinguished Student Award. 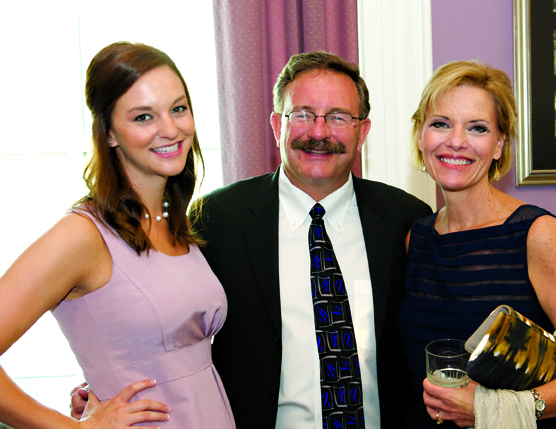 A May graduate in communication studies and sociology, Taussig was presented with the Distinguished Student Award.

Claire Taussig ’11  graduated in May with Bachelor of Science degrees in both communication studies and sociology and a minor in women’s studies.

A Dean’s List student, Taussig has been both a Clark Scholar and a TCU Scholar. She has been a member of six honor societies: Alpha Kappa Delta (sociology), Alpha Lambda Delta, Lambda Pi Eta (communication), Mortar Board, Omicron Delta Kappa (service and leadership), and the Order of Omega. She also holds a Dean’s Scholarship and was recently awarded the 2011 Priscilla Tate Award for Distinguished Research Presentation.

As a member of Zeta Tau Alpha, Taussig held the position of both vice president and alumnae relations chair for her chapter.  She has shaped first-year students’ experiences while serving as a Leadership for Life coach, Connections mentor.

Taussig has held three internships. As an intern for TCU Men and Women’s Programming, she coordinated events and traveled to Washington, D.C., for the National Conference for College Women Student Leaders. She also had an internship with John Snow, Inc., a public health consulting firm headquartered in Boston. Most recently, she served as the Marathon for the Cure intern with the Susan G. Komen for the Cure Greater Fort Worth Affiliate. She also worked for the TCU Student Affairs office for three years.

In June 2009, Taussig studied in London as part of the TCU Study Abroad Program which she said was the best experience she had while being a TCU student.