The collection of Beverly Edmonson McCasland ‘61 columns are told from the perspective of birds. 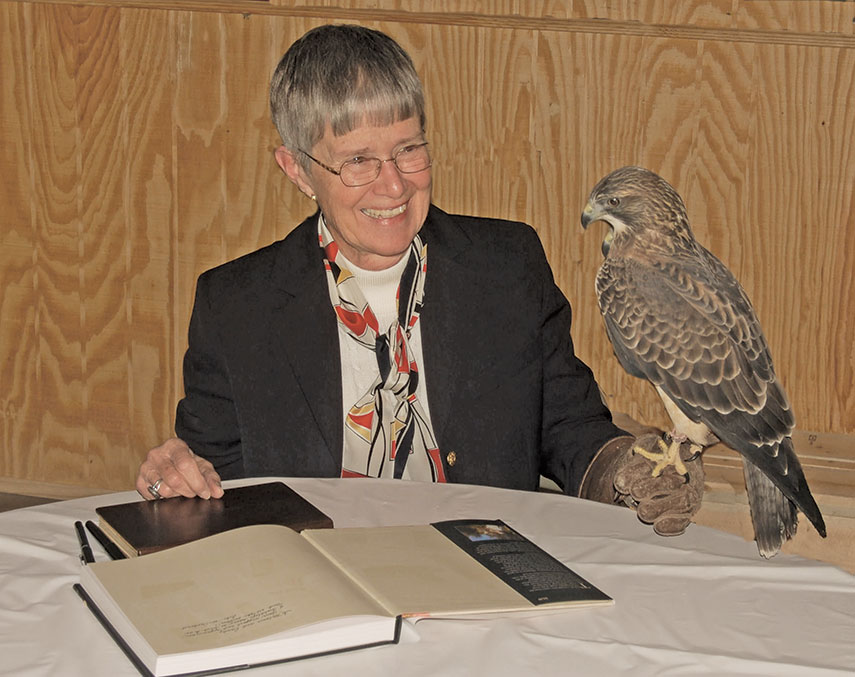 Beverly Edmonson McCasland ‘61 has helped rescue more than 120 different types of birds. Eighty-four of her columns about bird rescue make up her book "The Scoop from Bird Poop.","False

The collection of Beverly Edmonson McCasland ‘61 columns are told from the perspective of birds.

Beverly Edmonson McCasland ‘61 earned an English degree and fondly remembers many of her professors, particularly Lorraine Sherley, who taught her the power of a well-crafted paragraph. After TCU, she married Ardis McCasland and the couple moved to Big Spring, where he worked in the oil industry and she was a school teacher and administrator. But her true life’s work came about 40 years ago when her husband brought home an injured cattle egret. Even though the bird died, she resolved to dedicate her life to helping injured birds. Now in her 70s, she has helped rescue more than 120 different types of birds. As her reputation grew she began writing a column for The Big Spring Herald in 2005. Eighty-four of her columns have been collected in a 208-page book illustrated by Arlington artist Don Collins and humorously titled The Scoop from Bird Poop.  The columns are told from the bird’s perspective because, as McCasland puts its, “It’s not about me, it’s always about the birds.”

How did you get started saving birds? It really started with my grandmother, who was so tender with birds. When I was 5 years old, I remember her rescuing and raising baby birds in the bathroom. That instills a love of nature you don’t realize until much later. One time an uncle came out to her place to hunt squirrels, but shot a mockingbird. I remember seeing her cry. You don’t let go of those things; they make a notch in your soul.

What was the first bird you tried to help? One day I came home and my husband had brought home a cattle egret, which was covered in oil. He had fished him out of the holding pond at the refinery. We called a lady in Midland who took care of birds, but she wasn’t able to save it. We decided this was something we could do, help wild birds. That’s how it started, with an oily cattle egret. It’s evolved into a much larger thing than we had ever envisioned. Now we are federally licensed and have a state license. We have been so privileged to help eagles, peregrine falcons — the raptors are my favorite — and we also help songbirds, water birds, and birds of the field. I have a record of every bird we have helped, what happened. I do that so I can learn what works and what doesn’t.

What advice do you give people who find an injured bird?  Thank goodness for the Internet because if you just type in “wildlife rehabilitator,” you can pull up everyone who is licensed by the state. In Texas, the website for the Department of Parks & Wildlife is a good start. Look for the “Wildlife” link, and it will tell you someone who can help you in your county. It will also tell you the game warden; if nothing else you can contact that person.

What should you do if you see a baby bird on the ground? The hardest thing to do if you find a baby bird is leave it alone. The bird’s parent is probably out there on a low limb trying to get them to get up. If they can do that, they will be very successful. The best way to help is to put your cat and dog up, let that parent do its work without disturbance. Birds are under a lot of stress nowadays, they are losing a lot of their habitat, there are more people, more cars, more roads, they are having a hard time. We want to create an awareness among people, wake them up to that fact.

The Scoop from Bird Poop is published by Bright Sky press and is available on the website brightskypress.com.