Cris Curnutt Daskevich ’90 oversaw the development of a new Pavilion for Women, which specializes in obstetric and gynecological care. 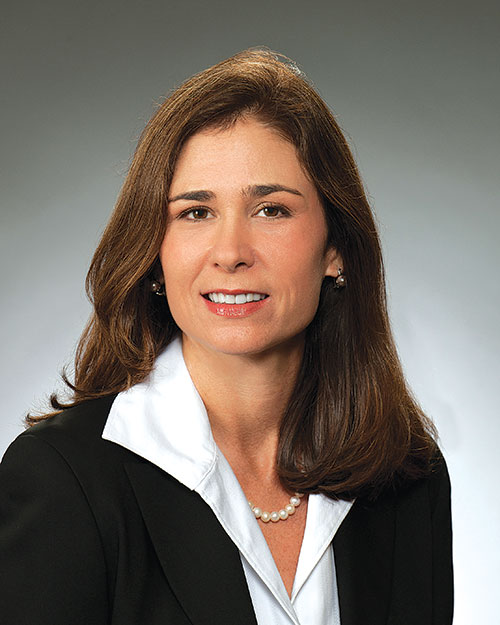 Cris Curnutt Daskevich ’90 oversaw the development of a new Pavilion for Women, which specializes in obstetric and gynecological care.

She’s not a doctor, but Cris Curnutt Daskevich ’90 assisted with an important birth last year.

As senior vice president at Texas Children’s Hospital in Houston, Daskevich oversaw the development of the hospital’s new Pavilion for Women, which offers obstetric and gynecological care.

“We take care of the sickest babies from all over the country, and if we wanted to do something to help improve their chances, it made sense we would start taking care of mothers even before they knew they wanted to be mothers,” she says.

The Pavilion offers routine ob/gyn care, but it specializes in high-risk pregnancies. By providing prenatal care, the hospital prepares one step earlier for the arrival of babies with fetal anomalies and other conditions.

One of the Pavilion’s most famous successes is Audrina Cardenas, a baby born in October 2012 with her heart outside her body. Eight in one million babies are born with the condition, and the vast majority don’t survive. Audrina, whose condition was detected in utero, had heart surgery immediately after she was born. She made international news when she was released from the hospital in January.

The Pavilion was designed with input from mothers who had suggestions for everything from the lighting to the bathrooms. Daskevich, whose children Caroline, 7, and Dillon, 5, were born during the project, weighed in too. In the weeks before the facility opened, an advisory group of parents, children and babies — well, the babies were mannequins — participated in simulations they called “play hospital.” It gave the leadership a chance to get feedback from the patients’ perspective.

As an administrator, Daskevich is responsible for strategic planning and budgets, but her favorite part of the job is working with people — the physicians, the families, the patients. She sometimes gets calls from worried parents in her hometown of Abilene, where the lack of pediatric subspecialists limits care for children with rare conditions.

At TCU, Daskevich enrolled in the pre-med program with the intention of becoming a pediatrician or physical therapist. She gravitated toward psychology and neuroscience, and after college she began a graduate program and worked in the field of neuropsychology. But as she watched managed care shape the healthcare industry in the ’90s, she decided to pursue a career in the administrative side of medicine. She earned a dual master’s degree in healthcare and business administration and began at Texas Children’s nearly 16 years ago as an administrative fellow.

“Having the neuroscience class and the background in the pre-med program has made me a much better healthcare administrator,” she says.

Daskevich’s impact on greater Houston was recognized last year by Houston Woman Magazine, which named her one of the 50 Most Influential Women in the city.

“Everything I’d ever done came together in building the Pavilion for Women,” she says. “I feel blessed when I get up every day to come work here. I do a lot of business, but every single day it’s about people.”