Elva Orozco Mendoza, assistant professor of political science, says Mexico's mothers are stepping up where authorities are failing to get justice for their slain daughters. Photo by Joyce Marshall

Thirteen-year-old Esperanza Gómez Saldaña wore a long-sleeved white T-shirt and a yellow skirt a size too big. A few yards away, kids played in an empty lot in the Las Flores neighborhood of Ciudad Juárez, Mexico. Esperanza’s body, bearing marks of her violent murder, lay alone in the sun. Police arrived more than 30 minutes after being summoned.

The 1993 crime was the first documented in a gruesome string of murders of Mexican women and girls. The numbers are staggering. The North American Congress on Latin America found that between 2014 and 2017, 8,904 Mexican females were reported murdered.

Juárez in particular has gained a reputation as the capital of femicide in Mexico, although a culture of violence against women exists throughout Latin America.

In 2010 alone, said Elva Orozco Mendoza, assistant professor of political science, the bodies of 584 women and girls were found in Juárez, which sits just across the U.S.-Mexico line from El Paso, Texas. Painted on the Juárez side of the border wall, a mural depicts the faces of some of the missing and dead, with names added to it each week.

In Juárez, pesquisas — missing persons posters — drape walls, lampposts and doorways. Scattered across the city are dozens of small pink crosses bearing the word justicia. The objects represent the art of funeralization, the primary focus of Orozco Mendoza’s 2017 paper, “Feminicide and the Funeralization of the City: On Thing Agency and Protest Politics in Ciudad Juárez,” published by Johns Hopkins University Press’ Theory and Event journal.

Orozco Mendoza said funeralization, “the public display of material objects like pink crosses, monuments, graffiti poems and the victims’ photographs,” is a crucial part of how citizens protest government inaction to address the crimes. The artifacts complement marches by the mothers of the missing. The efforts “make structural gender violence visible amid deliberate efforts to conceal it.”

“Maternal activism,” Orozco Mendoza said, is driving change in Juárez. Mothers in Juárez formed organizations such as Voces Sin Echo and Nuestras Hijas de Regreso a Casa to protest the crimes and lack of police response.

Some organizations, such as Art Forces, conduct visual protests by painting murals. Others train women in forensic skills so they can compensate for lackadaisical official investigations. Mothers sometimes find mass graves and retrieve the bodies themselves.

Protesting is perilous for women in Mexico, she said. They are “basically willing to risk their own lives in order to get justice.”

The professor cited Marisela Escobedo Ortiz. In 2008, her teen daughter, Rubi Frayre, was murdered in Juárez. Escobedo found the man who killed her. Although he made a self-incriminatory statement in court, he was released by judges for lack of evidence. Escobedo demanded that he be rearrested, and she held a permanent vigil in front of the governor’s office — where she herself was slain.

“Many, many people are just paralyzed by fear,” Orozco Mendoza said. “But the mothers who decide to join the protest in creating a new collective really show a lot of courage. … They are the ones, for me, who are doing the political work that is changing a lot of spaces.”

Although Juárez has been in the spotlight for femicide, the problem is widespread in the region. The United Nations collected data in 2016 on rates of femicide around the world. Of the top 25 countries, 14 are in Latin America and the Caribbean.

Concern over the violence doesn’t stop at the border. In the ’90s, the Esperanza Peace & Justice Center in San Antonio held events to spread awareness of the murders in Juárez, said Patricia Castillo, co-founder and executive director of the P.E.A.C.E. Initiative in San Antonio.

“It was never too far removed from us and is something that could easily happen here,” said Castillo, whose organization works to end domestic abuse on the U.S. side of the border. 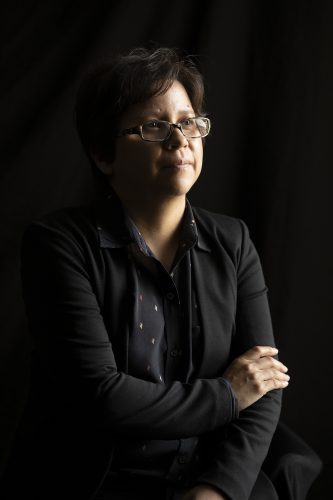 Despite hundreds of bodies turning up each year, the Mexican government is not seeking justice, Orozco Mendoza said. “Ninety-five percent of most murder cases in all Mexico remain in impunity.”

As for government leaders, Orozco Mendoza said politicians play a blame game. She cited Patricio Martinez Garcia, the governor of Chihuahua state from 1998 to 2004, who said that because the femicide didn’t start during his administration, he should not be held accountable.

The mothers’ leadership in the face of danger has led to a cultural shift of women uniting for a cause. Together, women find solidarity and mutual support, which she calls accompaniment.