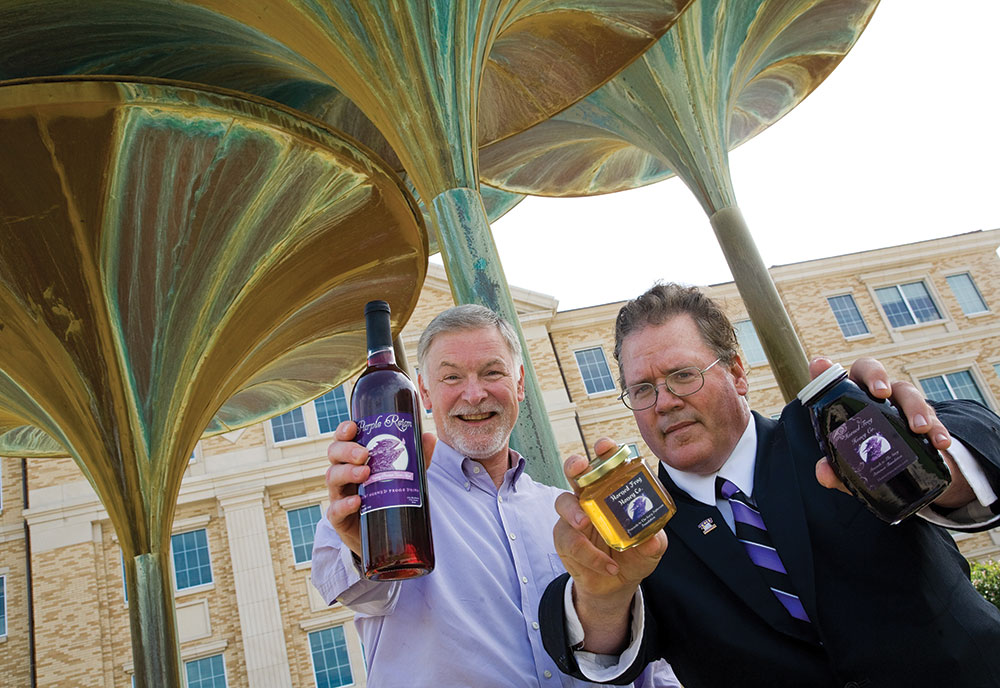 Chris Leiss ’82 and Ted Brack ’84 combined their school spirit with a business idea a year ago and started Horned Frog Honey.

Chris Leiss ’82 awoke with purple on his mind. So he called his friend and former roommate Ted Brack ’84 in the middle of the night last September.

“I woke up with this idea for purple honey, and so I literally called Ted at 2 or 3 in the morning,” Leiss recalls. “I said, ‘Could we make it purple for TCU?’”

Brack’s late father had owned a honey company, and the family was still in the business, but they’d never made TCU-tinted honey bee-fore.

“He said, ‘What do you think of purple honey?’” Brack says. “Nobody else in the world has it.”

Once he was more awake, Brack — who started four seasons for the TCU football team as a linebacker/defensive end — began looking into his friend’s proposal. Turns out, it was doable. But it wasn’t easy. It took months for the experts at Walker Honey Farm in Rogers near Temple to work with a kosher food company in California to develop a natural blackberry coloring that matched TCU’s exact shade.

Leiss, who in his day job is in charge of advertising for popular TCU fan site Killerfrogs.com, hopes the new wine will help his and Brack’s emerging honey venture continue to blossom.