First-team All-America cornerback Jason Verrett is a standout for the Horned Frogs again this season. Lessons from a nightmare sophomore debut are in the past but still drive him. 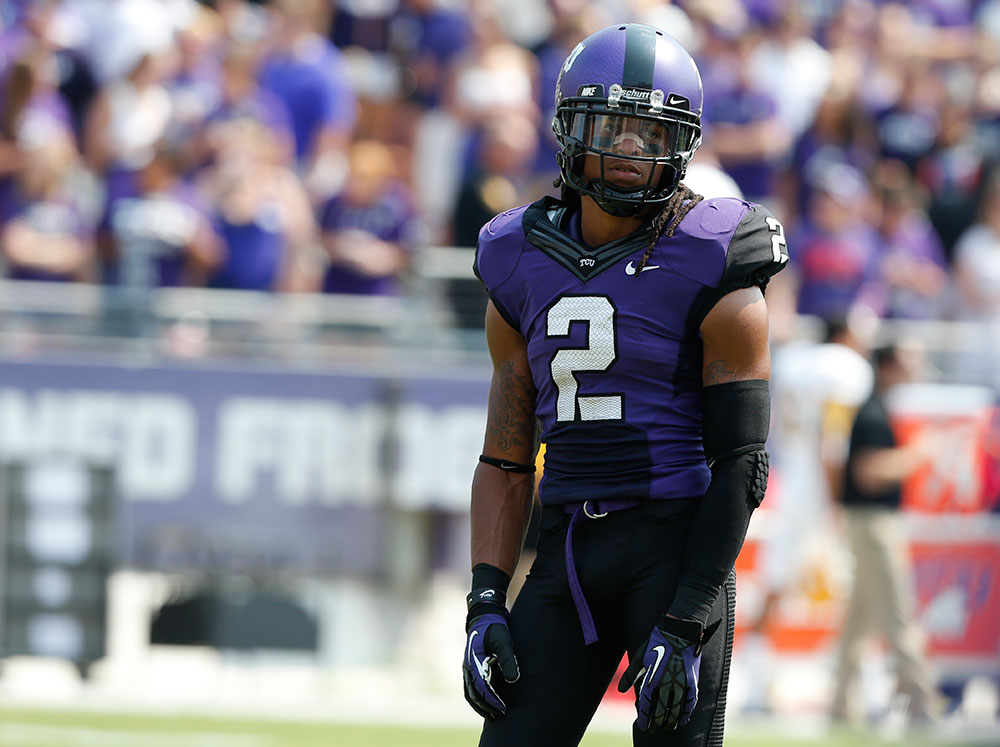 First-team All-America cornerback Jason Verrett is a standout for the Horned Frogs again this season. Lessons from a nightmare sophomore debut are in the past but still drive him.

Teams aren’t throwing your direction this season after the All-America season you had last year. What’s this year been like for you? Boring?

I wouldn’t say it’s boring because, at the cornerback position, if you get caught sleeping, you can have a ball thrown over your head. I just try to do my job and find a way to get around the ball whether it’s run plays or passes the other direction.

What do you think you have to do now to get ready to play in the NFL?

Mostly, try to bulk up more. I can’t change my height. I’m 5-foot-10 regardless. I want to put on more weight to help me defend some of those bigger receivers.

You’re a senior and a guy that other players look up to on the team. Are you a vocal leader or more of a lead-by-example player?

I get vocal when I’m in the game. But off the field, I’m pretty humble, kind of a mellow guy. I try to lead by example than yell at guys.

There were games that were tough for you, especially at Baylor in 2011. Reports were that you considered quitting, but you stuck with it. What was the best advice you heard that helped get your confidence back?

It was hard. I was crying. I was frustrated because it was my first college game on national television. I talked with my brother about wanting to transfer. Of course, he was saying things that I just didn’t want to hear. The next day I went to talk to Coach P, and the main thing he told me was, “Corners are going to have struggles that they’re going to have to overcome.” He said I had to stop being a baby about the situation. I had to handle adversity.

Yeah and to handle adversity. That stuck with me the rest of that season and all through last year. So I played with a chip on my shoulder. There were times I may have got caught, but I remembered that and went on to the next play. I kind of carried that with me and passed it on to other guys that are younger than I am.

You’re being talked about as potentially a high draft pick. What are you hearing now from your family and coaches?

Remain humble. Let everything else take care if itself. I can’t get too focused on where I’m going to land with the draft because you never know what’s going to happen. You never know how seriously teams are looking at you. So I mainly try to focus on consistency during the season and being a leader and making plays. The NFL will take care of itself.

Does your hair get pulled during games?

It’s happened in a few games. There’s been a few times when a receiver is running down the field and he’ll push off and his hand gets snagged on my hair. But it’s not that big a deal though.