Katherine Beattie ’08 has written and is producing the first movie ever to feature two wheelchair users as main characters. 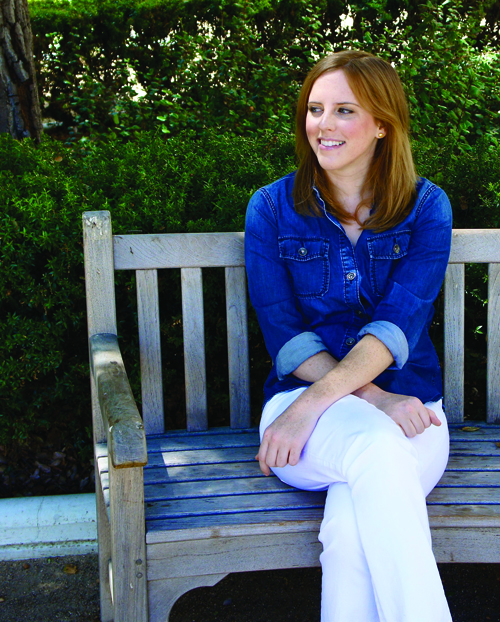 Katherine Beattie ’08 was born with cerebral palsy and felt a strong connection to "Collision — The Movie," the first movie ever to feature two wheelchair users as main characters.

Katherine Beattie ’08 has written and is producing the first movie ever to feature two wheelchair users as main characters.

When Katherine Beattie ’08 graduated and returned home to Los Angeles to pursue her dream of script writing in Hollywood, she didn’t see herself as a trailblazer. But her latest project is a barrier-busting action flick that just might turn Tinseltown on its ear.

Beattie has written and is producing Collision — The Movie, the first movie ever to feature not one, but two wheelchair users as main characters.

“Collision is a bit like a cross-between Kill Bill, Charlie’s Angels and Wanted,” Beattie explains. “It’s action packed. We set out to make an interesting and engaging film, but another goal is certainly to show that actors with disabilities deserve a shot. They can be just as badass as their able-bodied counterparts.”

Collision tells the story of Jessica, a prominent Los Angeles lawyer who is paralyzed following a car crash. While in rehab she meets Charlie, a fellow female wheelchair user, who offers to help Jessica find the resources she needs to bounce back from her injury. Jessica soon realizes she got more than she bargained for when she discovers she is being trained as Charlie’s partner in a secret assassin organization. The ladies band together against evil and learn valuable lessons along the way.

“These characters are strong, independent women who can take care of themselves,” Beattie says. “While that’s an important message about what women with disabilities can accomplish, it’s also realistic.”

Beattie and her colleagues are currently producing Collision in their spare time, using $20,000 they have received in online donations.

During the day, Beattie serves as a script coordinator for the Showtime series Californication, participates in a writing group and takes an acting class.

Born with cerebral palsy, Katherine also feels a special connection to the project.

“When I was first asked to write this project, I did it because it sounded like something fun; something new,” she says. “What I have come to realize is that this is an amazing opportunity for all of us involved. There are a lot of very talented people with disabilities, and the world just doesn’t know that yet, especially in this industry.”

Beattie, who credits TCU’s RTVF program with giving her the academic base and support network she needed to be successful in Hollywood, says she’s never been comfortable being called a crusader or an inspiration.

“While we are busting barriers and blazing trails, I hate to be called anyone’s inspiration. I’m just living, doing what comes naturally,” she says.