Southwestern architectural features are echoes of the past 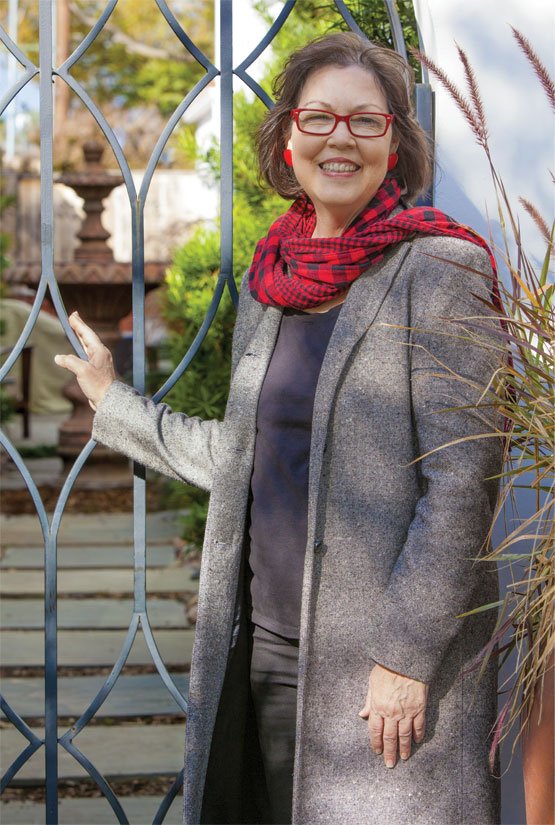 Southwestern architectural features are echoes of the past

Homes around TCU have more history than Horned Frogs might expect. Bonnie Frederick, professor of Spanish and Latin American literature and culture, explained the backstory of the locally popular Spanish colonial architecture in an October lecture to students, faculty, staff and members of the Fort Worth community.

“Architecture reflects a society’s beliefs and values,” Frederick told the audience. Her talk, titled “How the Muslim-Influenced House Came to Texas,” was sponsored by the National Endowment for the Humanities, in cooperation with the American Library Association, as part of the nationwide Let’s Talk About It: Muslim Journeys program, which aims to provide accessible, reliable resources about Muslim beliefs, practices and cultural heritage.

“Houses are about more than shelter,” Frederick said. “They express how we feel toward society and the face, veiled or open, that we show it.” With a slideshow that included her own photographs from Córdoba to Fort Worth, she led the audience through the journey the Muslim architectural style took over hundreds of years to reach Texas, showing how each society modified it along the way to suit its beliefs and values.

The Muslim house that emerged in North Africa after the introduction of Islam in the seventh century, she said, reflected what Dominique Clévenot, a scholar of Islamic art, terms “the aesthetic of the veil.” Just as wearing veil can protect a Muslim woman’s sense of privacy, the house’s exterior, with its stuccoed walls and closed, barred windows, shielded the Muslim family from the gaze of outsiders.

Meanwhile, a house’s richly decorated interior focused residents on private family life, an expression of the Islamic belief that family is the foundation of a stable society. The verdant inner courtyards, recalling the Quran’s description of paradise as a walled garden, especially formed refuges from the chaotic outside world.

When the Moors, an Islamic people of North Africa, conquered Spain in the eighth century, they brought their veiled domestic architecture with them, where it encountered the Roman-style house. The Romans did not veil their houses; on the contrary, the outer doors and large windows, open during the day, drew the attention of passersby, who could marvel at the courtyard fountains inside and enter uninvited to conduct business. After the Christians re-took territory from the Moors, they returned to many of the Roman ideas of a public dwelling, while also preserving many of the Muslim veiling features from the Moors. Outer doors opened, but windows remained barred; outermost courtyards were revealed to the street by wrought-iron gates, but inner courtyards remained secluded. This hybrid architecture reflected both its roots in the Roman and Moorish past and its role in the melting pot culture of Christian Spain.

The Spanish colonization of the New World exported the hybrid house to what would become Latin America. The colonial house symbolized Spanish power over the indigenous peoples. Its leak-prone flat roof from arid Spain defiantly ignored the weight of snow in the Andean cities of South America and gave extra workspace to the new rulers. Lush inner courtyards, such as the three of conquistador Hernán Cortés in Mexico City, kept Spanish traditions alive. As the Spaniards marched northward over the next three centuries, they brought the Spanish colonial house with them.

Fort Worth today adapts the Spanish colonial house into one that conforms to Texas values. The insistence on grassy lawns reflects the Anglo dream of a home surrounded by a garden. To further the illusion, the courtyard sits outside the house rather than inside, with high stuccoed walls around it to provide privacy, as in the Muslim ideal. But like the Roman house, the Spanish colonial in Texas makes a point of conveying status to neighbors, with large uncovered windows and paned doorways. Once again, an ancient style of architecture was reinterpreted to suit a new era and a new place.

Frederick, who began studying the Muslim house to better understand its role in Latin American women’s poetry, hoped those who attended the talk would see Fort Worth’s “Spanish”-style houses with new eyes. She says, “I hope they will think of their long and rich history.”