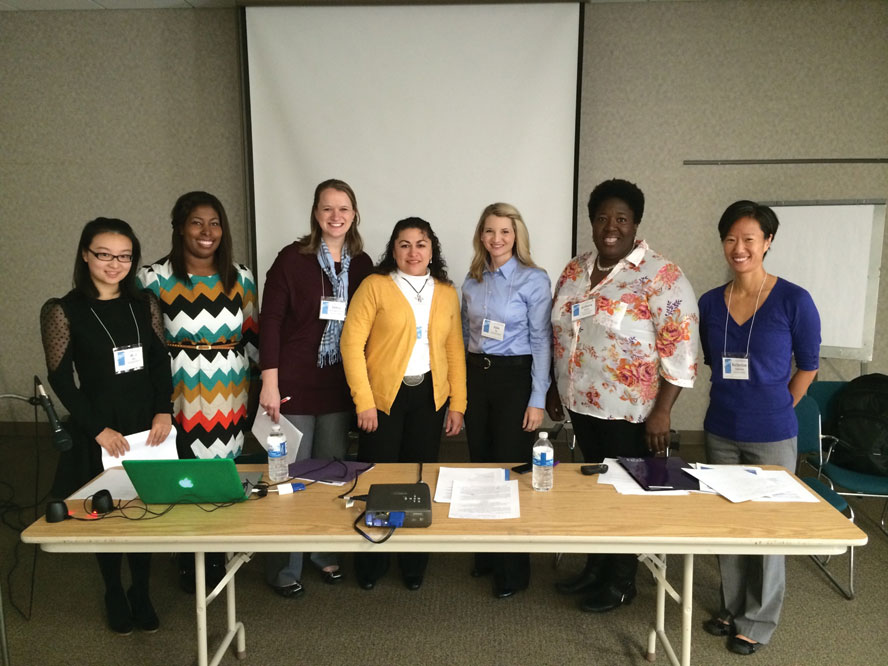 When Education Professor Sherrie Reynolds sent a team of graduate students to design classroom materials in conjunction with a Fort Worth neighborhood, she could not have foreseen that a book about the unintended consequences of school desegregation would be the outcome.

Two semesters ago, Reynolds taught a seminar called Social Construction of Knowledge. As part of the class, students undertook a project in which they worked with members of Fort Worth’s historic, and primarily African-American, Como neighborhood. The students and residents co-created educational materials tailored toward the area kids. They were working to “bridge the gap” between academic instruction and everyday experience, says doctoral candidate Freyca Calderon.

In attempting to involve the entire community, the students befriended Carol Brown, director of the Como Community Center. Under her guidance, researchers interviewed elderly residents to help identify and preserve the neighborhood’s rich character.

Researching a community, especially one long affected by poverty, can be a sensitive task, so the team made a point not to treat the participants as subjects. “We were more doing researching with them,” says Channa Barrett, a master’s student who hails from Como.

Barrett explains that Como, then and now, may be technically “poverty stricken,” but the residents they spoke to said that back in the Como High days, life felt plentiful. Neighbors regularly fed one another, and houses had an open-door policy for other community residents.

In comparing the present to the past, interviewees kept bringing up the closing of Como High School in 1971 as a turning point for the community and one that shut the doors in the once-open neighborhood.

Texas postponed desegregating public schools well beyond the Supreme Court’s 1954 verdict in Brown v. the Board of Education, in which racially segregated schools were declared unconstitutional.

Because of the federal edict designed to give all students equal opportunity, the Fort Worth Independent School District eventually set a geographic boundary through the middle of Como. Half of the students then attended nearby Arlington Heights, and the other half went to Western Hills. Today, the old Como High School is now Como Montessori.

When Como High was open, parents religiously attended school events such as parent-teacher conferences. Teachers, too, invested in the students, instilling a belief that they could succeed in whatever they attempted.

At Arlington Heights, the situation was less encouraging. Graduate student Julie Vu interviewed people who taught at Heights during those years. One teacher told her of the first days after desegregation: “It was like the aliens had landed.” The teacher and parent support that Como High students had leaned on largely vanished in the new environments.

After most longtime residents mentioned that closing Como High had a deleterious effect on the neighborhood, the nine-person research team decided their findings could easily become a book.

Each researcher authored a separate chapter. The focus ranges from teacher experiences in the different high schools to informal musical education coming from Como’s Bluebird nightclub. Each topic somehow deals with the effect the shuttered high school eventually took on the neighborhood.

The book, tentatively titled Not Our Home: Desegregation and the Closing of Como High School, is divided into two main sections. The first involves isolating problems caused by desegregation; the second searches for solutions.

The research team presented its findings at two educational conferences this fall. After writing more connective tissue to tie the story into a cohesive whole, they will begin the publication process.

The students want to share their findings far and wide, as what they learned may apply beyond Como.

“Desegregation is not the same as integration,” Calderon says. “And integration has not yet happened.”

Barrett will vouch firsthand for the importance of making education a community priority. When everyone invests in the students, “there is a belief that you can achieve, and you can succeed. It doesn’t matter your circumstances,” she says. “We need more of the masses to get back to that belief.”