Kathy Spillar ’75 a voice for women

From exposing exploitation to developing young female leaders, Kathy Spillar ’75 has taken up the cause of women for more than a quarter-century. 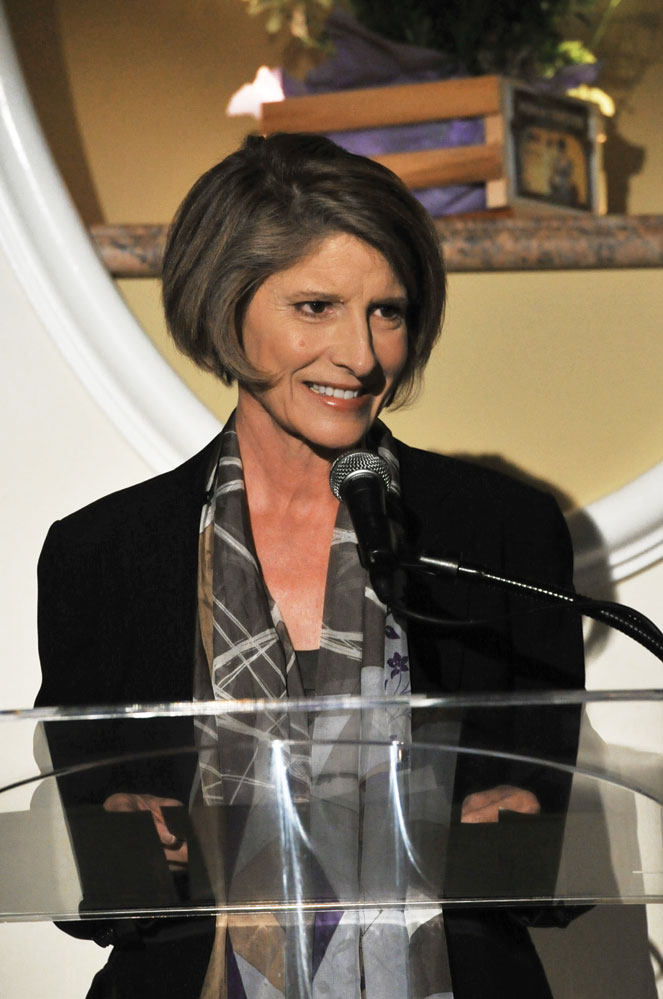 Kathy Spillar ’75, among the founders of the Feminist Majority Foundation in the 1980s, takes up the cause of women's issues around the globe.

Kathy Spillar ’75 a voice for women

From exposing exploitation to developing young female leaders, Kathy Spillar ’75 has taken up the cause of women for more than a quarter-century.

For the past 26 years, Kathy Spillar ’75 has been on the front lines of the women’s movement.

In 1987, she was among the founders of the Feminist Majority Foundation, which focuses on public policy and leadership training to end discrimination and violence against women. Today, she is the foundation’s executive vice president, a position that includes responsibilities such as serving as executive editor of Ms. Magazine and overseeing young women’s leadership programs. She also focuses on reproductive rights, working with law enforcement to maintain access to women’s health clinics.

Spillar’s tenure as executive editor at Ms. has included several high-impact stories: One 2006 report exposed the exploitation of women workers on the Mariana Islands, where Chinese nationals were being forced to work in clothing factories in substandard conditions. Because the islands are a U.S. territory, clothing from the factories was labeled “made in the United States,” so consumers incorrectly thought they were buying products made in fair-working conditions.

“It was that cover story that helped break through a logjam in the Senate and got new legislation passed, so that the Mariana Islands now are subject to U.S. labor laws, minimum wage laws and worker safety laws. We’re very proud of that,” Spillar says.

Feminist journalism plays a different role today than when Ms. was started 41 years ago, Spillar says. At that point, it was a consciousness raiser, introducing men and women to completely new ideas and instigating “lightbulb moments,” she says. Today, the magazine is one forum among many feminist publications, blogs and social media outlets. For Spillar, the additional voices only enhance the conversation.

“The feminist movement is really about ideas – that is our currency in the world,” she says. “The invention of digital media and social media just means we can reach more people at a cheaper cost with strategies for reaching equality, and that’s what strengthens and spreads the movement.”

That movement is well positioned today, she says, citing public opinion polls that show more than half of all women, and two-thirds of young women, identify as feminists. So do about a third of American men.

“Our problem is we are still dramatically underrepresented in elected office, in corporate boardroom and in the most senior decision making positions,” Spillar says. Women make up 20 percent of the U.S. Senate and 18 percent of the House of Representatives – both gains over the single-digit numbers when the Feminist Majority Foundation began, but “we’re still talking a couple more generations of women before we get equal representation in the most powerful government in the world.”