Former vice chancellor for student affairs moves back into full-time academia as he oversees the higher education doctoral program. 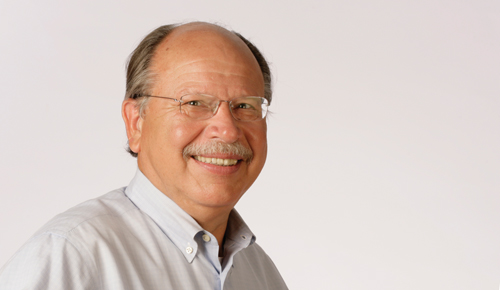 Don Mills became the Distinguished Professor of Educational Leadership for the College of Education in June.

Former vice chancellor for student affairs moves back into full-time academia as he oversees the higher education doctoral program.

In May, Don Mills ’69 (MDiv) ended his 17-year tenure as Vice Chancellor for Student Affairs to take a faculty position within the College of Education as Distinguished Professor of Educational Leadership. Mills, who has served TCU in various administrative capacities since 1969 and as a senior executive since 1993, will develop and oversee the college’s higher education doctorate program. Mills has taught one course on organization and administration in the college for several years.

Why make this change?  This is the 41st year that I’ve been a college administrator. I like what I do. I like the people. I feel like I’m a part of a community, and I’m making a contribution. And, I wasn’t ready to retire to the couch or the golf course. So I talked to the College of Education last fall about developing a higher education graduate program. It is energizing to start something new and think about education in a new way. As an administrator, there are always things to be done. I’m looking forward to being a faculty member and devoting more time to thinking through academic issues and enjoy interacting with other faculty members. I’m excited about contributing to students’ training to be professionals.

Why now? Initially, I thought I would wait two or three years, but as my wife says, that opportunity may not be there in two or three years. I talked to the chancellor, and we agreed that it was a good time because some projects we had going were being finished.

Describe your vision, at this point, for the higher education doctoral program. The Education in Leadership program is adding a higher ed emphasis.  We want to look at how does a college operate. Not just the student affairs part. I think it’s central to develop skills in finance, develop skills in management. Look at the role of the college president. What training makes a person qualified to hold that position? We’ll explore that. Of course, there will be some focus on private education and some focus on international education. Both of those would be natural at TCU. It really is a blank canvas. My job is put the picture together. I’ll lay out the curriculum, and then ask faculty for input. We want to make it truly a collaborative effort. Enrollment will start in fall 2012, so there’s a lot to be done.

You sound personally energized by something new. I hate to use the phrase “at my age,” but when you get to the point in a career that I am, most opportunities fall under the heading “been there, done that” rather than under the heading  “haven’t done that.” This is an opportunity to be involved in creating something. And I think you always want to leave a legacy on a place. So it is extremely energizing. It’s invigorating.

You’re no stranger to the classroom. How will an entire program be different for you than teaching a single course? What happens in the classroom will be pretty much the same. We’re going to challenge one another with ideas. I look forward to sitting down with students and helping them plan their academic paths and offer guidance on their professional careers. It will be a lot of mentoring. Then there will be research opportunities with the extraordinary faculty in the college. Mostly, students will get more of my time. Not that I didn’t see students and work with students as an administrator, but in the College of Education, I’ll be able to spend more time on academics with them. Of course, they’ll be graduate students, so they will be pretty focused on what they want to do.

What will you take from your years as an administrator into the classroom? As an administrator, I know how the system works and how things get done. I think that’s a valuable thing to pass along to students. We’ll talk about how decisions are made, how a governing board works with senior administrators, such as a college president or chancellor. Students can read it in books, but it is quite another thing to learn from someone’s experience.

It’s been 17 years for you as vice chancellor for Student Affairs, dealing with everything from the good (like Community Renewal U) to the tragic (student deaths). What’s your mindset as you leave? Are you relieved?  Are you saddened? It’s not a sense of relief, but I have an awareness that I won’t deal with certain issues any longer. I think there is a sense of loss. As an administrator, you are used to making things happen. For example, Barbara Herman had the idea for Frog Camp back in the 1990s, and so we said, “Yeah, let’s do that.” I think it’s a job that always has to focus on how to help people get to where they’re going. There are nearly 9,000 students on this campus with 9,000 ideas about where they’re going. I think we have tried to create an environment in which a person can truly define their future. This is an important transitional time for young people who are going from adolescence to adulthood. They’re learning a lot about themselves and the world around them. Often, that learning happens in fits and starts. It’s rare that everything goes right. If you focus on today’s problem, you get depressed. The most important thing is that they’re learning. I think when you look at it from that perspective, nothing gets you down for long.

What would be your advice for your successor, Kathryn Cavins-Tull? Just the same advice I have for everybody: Have fun in what you do. [Then Mills shares a card Student Affairs had printed with his Top 10 guidelines for work and life:

You began working at TCU in 1969. How would you characterize how the university has changed in the 42 years that you’ve been here? I came to TCU in 1968 to attend Brite Divinity School. As I was finishing up, former chancellor Bill Tucker, who was the dean of Brite at the time, recommended me for a job in Student Activities with Libby Proffer. He joked that he was saving both the church and me. I sort of expected that I would eventually go back east. But I loved the people. I loved the spirit of the place. It’s evident that people care for each other here. There is an attitude that we like you how you are.

I think it was pretty clear at the time that TCU was struggling for its identity. It was a good regional school, but it wanted to be more. In many ways, TCU is reflective of Fort Worth. It was a big city but not a premier city in Texas. There was parallel growth for the two over the years. I would dare say now in Student Affairs that TCU is unique. We’re certainly not a regional college any more. We have an international reputation. And the live oaks are much taller.

I think I appreciate more and more the roots the pioneers of the school put down when they were in Thorp Spring and Waco. We are benefiting from those roots today. As a university, we can be buffeted about or go through periods of drought. But the roots are deep enough that we can survive and sustain ourselves. Why? Because the things people like the Clark brothers and others believed in are the same for TCU today: People matter more than things. Accomplishments can be great even from modest beginnings.