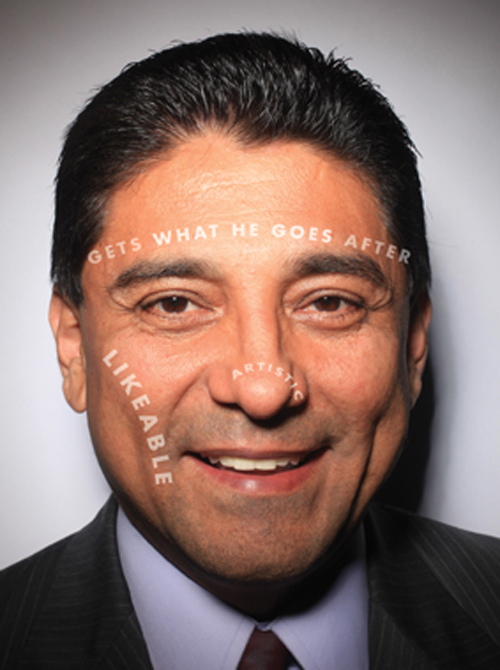 His forehead says that he gets whatever he goes after. His broad cheeks tell me he has energy for the long haul. His major power dimples say that he is an exhorter who lifts others up by encouraging them. It is also why people seem to instantly like him.

He also has a gift of gab line (line down his cheek, under his chin and up the other side) and can talk the paint off the walls once he gets started.

He also has healer cheeks (space by side of his eyes) and surrounds himself with an aura of nurturing, healing and uplifting.

The grooves on his nose tell me at an earlier time in his personal life he was cut off from support. His reaction was to decide if he wanted anything he would get it for himself. It is probably easier for him to give than receive.

His big chin says that he is rugged and he can take it on the chin. He is not afraid of competition and feels that if he is given a level playing field that he is just as good as anyone else. The roundness of his chin says when he acts on his idea he puts people first.

The little ball on the tip of his nose indicates that he inherited a creative or artistic gene.

The compassion line on the left side of his face (from the corner of the mouth to the chin) tells me that he has experienced intense grief, loss or pain. I call those lines compassion lines. When he comforts someone and says, “I know exactly how you feel,” he does, and the other person knows that he does. They can feel his sincerity. It is plainly written on his face.

Gutierrez’s take on Fulfer’s analysis:
“I am very amazed by the reading of my facial features by Mac Fuller. His comments about my difficult times some years ago are correct. I spent some years desperately looking for support to continue with my musical studies abroad. I am also very flattered by his kind remarks and am, once again, amazed by his reading.”