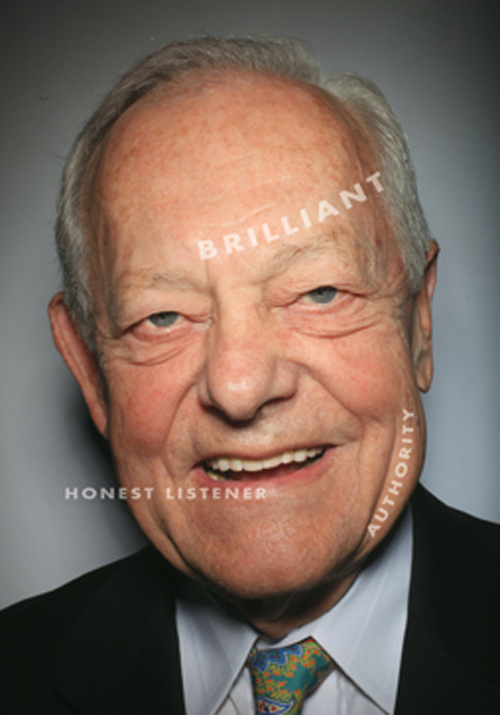 Bob’s high forehead, with its horizontal Einstein lines, indicates that he is not only brilliant but that he has also worked hard to develop his intellect. This premise is reinforced again by his even eyebrows, which show that he sees all the related aspects quickly and easily.

His big, low ears reveal that he takes in information very carefully and wants to be sure that he got it right.

The three vertical lines in between his eyebrows are the mark of a perfectionist. But don’t try to rush him into making a decision. Those low ears say that he prefers wisdom over speed.

The lines on the base of his nose reveal that it easier for him to give than receive. His round chin says that in his actions he puts people first.

His hooded lids also reveal that he gives away more of his life force than he gets back.

The wide mouth with thin lips belong to a person with a wry sense of humor, but also to one who plays his emotional cards close to the vest.

His straight mouth (it does not turn up or down) indicates he is an honest listener. He does not make what the other person says better than what they said nor worse, but instead is a good reflective mirror and a good sounding board.

His “power pouches” (no one wants to have them called “jowls”) give him great authority and are a source of his personal power. The dimple in his chin is the mark of a good sport.