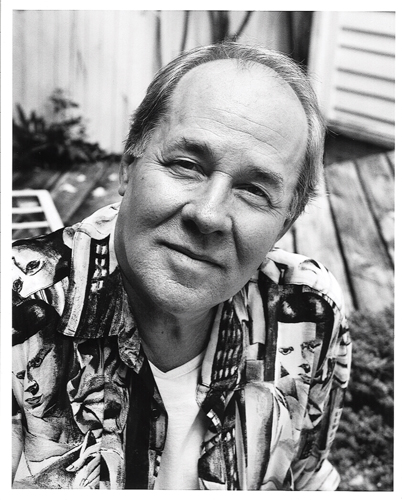 Ellis Amburn ’54 was introduced to Hollywood legend Elizabeth Taylor when he was on a date with the Broadway columnist for The Hollywood Reporter.

Ellis Amburn ’54 was introduced to Hollywood legend Elizabeth Taylor when he was on a date with Radie Harris, the Broadway columnist for The Hollywood Reporter. “Instead of giving me an icy stare that you get if you’re not in the club, you’re not a celebrity, she gave me a searching look,” Amburn says. “She took me in, decided she liked me and could trust me.” He would go on to pen the biography The Most Beautiful Woman in the World: The Obsessions, Passions and Courage of Elizabeth Taylor, which was recently updated and re-issued in paperback. Taylor died of congestive heart failure on March 23 at the age of 79.

Did her Taylor’s off-screen romances and subsequent scandals overshadow her on-screen accomplishments? I think there was so much notoriety off-screen, that for a while, overshadowed her accomplishments, which were great throughout her life. She was wonderful from the get-go in films like “Lassie Come Home,” “Jane Eyre” and “National Velvet.” As an adult, she was able to work with George Stevens, the greatest director in the business, in “A Place in the Son.” Stevens got her to lower her voice. She never sounded as good until she was working with him. Before she tended to screech with her little girl’s voice and it wasn’t attractive, but George Stevens got fantastic performances out of her in the ’50s. Then when she started getting married, her relationships with Eddie Fisher and Richard Burton, that’s when off-screen scandal made us forget that she was an estimable actress. Then after the scandal in Rome when she was filming “Cleopatra” (and ignited a romance when then-married Burton) and the Pope denounced her and Congress denounced her. She made a fantastic comeback in “Whose Afraid of Virginia Woolf” that showed us she was arguably the best actress in the movies at the time.

Despite her glamour, Taylor seemed down-to-earth, was that how you found her to be? Elizabeth was wonderful woman and I loved her. She insisted on being herself, as we all do today after the sex revolution, women’s lib, and gay lib in the second half of the 20th century. She thought, I’m going to do exactly what I want to do and to hell with anyone who dares to judge me, and I think she was right.

At age 77, she actively embraced Twitter, and had 258,000 followers. That must have been a great way to directly connect with her fans. Yes, Elizabeth always wanted to be more than a movie star. She wanted to be a business tycoon, and she was.  She wanted to design jewelry, and she did that successfully. She wanted to do something for gays, and she saved their lives. They weren’t dying of AIDS the way they had been because of the research money she made available. On Twitter, she’d say exactly the kind of things you’re supposed to say.

What is her most enduring legacy? I agree with Her Royal Highness Queen Elizabeth II. When she gave Elizabeth the equivalent of a knighthood, investing her as a Dame Commander of the Order of the British Empire, it was for charity. Love is what it’s all about. Love is giving. Charity is giving. Elizabeth discovered love, at long last, after she had gone to many men thinking they could fix what was wrong with her, and they never could. Then she started giving and she became Dame Elizabeth Taylor.