President of the National Alumni Association from 2008 to 2010, Curtis receives the President’s Service Award. 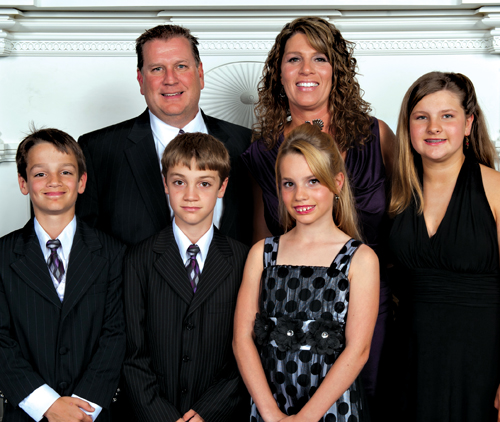 President of the National Alumni Association from 2008 to 2010, Curtis receives the President’s Service Award.

Curtis served on the TCU Board of Trustees, the Steering Committee of The Campaign for TCU and as a member of the Dallas Regional Council. He was a member of The Commission on the Future of TCU and Vision in Action. He and his wife, Nicole Rowell Curtis ’90, are patron and lifetime members of the Addison & Randolph Clark Society. He is a silver member of the Frog Club.

Curtis is an independent investor and entrepreneur who is largely responsible for the creation of the portable daylight large screen industry. He co-founded Motion Graphics, the pioneer of the category, in 1991, and purchased the business outright in 1992. Three years later, he merged the company with BCC Video’s Jumbotron division to form Screenworks, now the industry’s largest player. He sold his interest in Screenworks in 1998 and in 2002, founded GoVision L.P., one of the nation’s premier providers of mobile LED technology.

In January, Curtis was awarded the first Innovation Impact Award from the NFL and the North Texas Small Business Alliance for embodying the characteristics of leadership, innovation and social responsibility. In 2009, he was among a select group of North Texas Leaders appointed to the Super Bowl XLV Host Committee. He is a founding member of the Argyle ISD Education Foundation Board.

With journalism and advertizing/public relations majors, Curtis graduated from TCU in 1983. He and Nicole live in Flower Mound and have four children: Tristan and triplets Cade, Cooper and Callie.