What is mercury and why is it a concern?

Once deposited in water, certain microorganisms can change it into methylmercury, a highly toxic form that builds up in fish, shellfish and animals that eat fish. 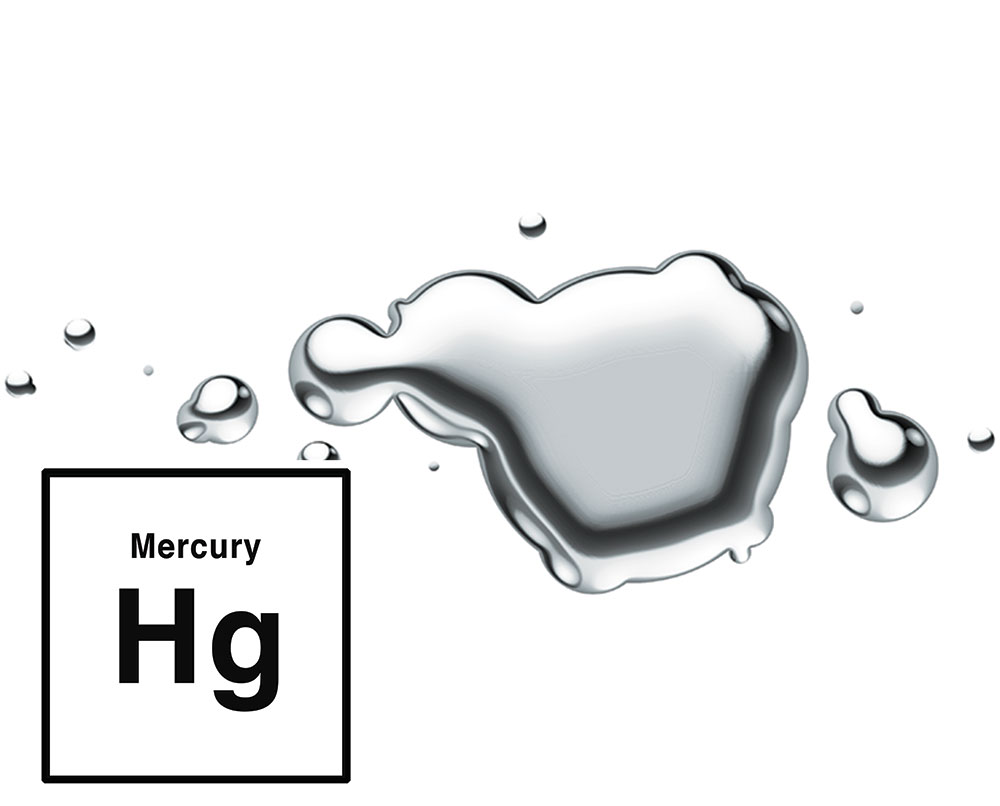 What is mercury and why is it a concern?

Once deposited in water, certain microorganisms can change it into methylmercury, a highly toxic form that builds up in fish, shellfish and animals that eat fish.

Mercury is a naturally occurring element (Hg on the periodic table) that is found in air, water, soil and in many rocks, including coal. Humans cannot create or destroy it.

Pure mercury is a liquid metal, sometimes referred to as quicksilver, that volatizes readily. It has traditionally been used to make products like thermometers, switches, and some light bulbs.

Coal-burning power plants are the largest human-caused source of mercury emissions to the air in the U.S., accounting for over 50 percent of all domestic human-caused mercury emissions. The EPA has estimated that about one quarter of U.S. emissions from coal-burning power plants are deposited within the contiguous U.S., and the remainder enters the global cycle. Current estimates are that less than half of all mercury deposition within the U.S. comes from U.S. sources.

Mercury in the air eventually settles into water or onto land where it can be washed into water. Once deposited in water, certain microorganisms can change it into methylmercury, a highly toxic form that builds up in fish, shellfish and animals that eat fish. Fish and shellfish are the main sources of methylmercury exposure to humans.

Mercury exposure at high levels can harm the brain, heart, kidneys, lungs, and immune system of people of all ages. Research shows that most people’s fish consumption does not cause a health concern. However, it has been demonstrated that high levels of methylmercury in the bloodstream of unborn babies and young children may harm the developing nervous system, making the child less able to think and learn.

Birds and mammals that eat fish or insects are more exposed to mercury than other animals in water ecosystems. Similarly, predators that eat fish-eating animals may be highly exposed. At high levels of exposure, methylmercury’s harmful effects on these animals include death, reduced reproduction, slower growth and development and abnormal behavior.

On December 16, 2011, the Environmental Protection Agency (EPA) signed a rule to reduce emissions of toxic air pollutants from power plants. Specifically, these mercury and air toxics standards (MATS) for power plants will reduce emissions from new and existing coal and oil-fired electric utility steam generating units. The final rule established power plant emission standards for mercury, acid gases, and non-mercury metallic toxic pollutants which will result in preventing about 90 percent of the mercury in coal burned in power plants being emitted to the air. The standards will avert up to 11,000 premature deaths, 4,700 heart attacks and 130,000 asthma attacks every year.

So far, MATS has not been enacted and there are efforts both at the federal and state level to either change or abandon this ruling.
On the Web:
About mercury – U.S. Environmental Protection Agency

Related stories:
Mercury rising — What you don’t know about mercury contamination in our environment, but should
10 years of TCU research — Horned Frogs have produced 19 scholarly papers and 93 scholarly presentations
The TCU Magazine Summer 2005 cover story — Safe to eat?

What you don’t know about mercury contamination in our environment, but should.