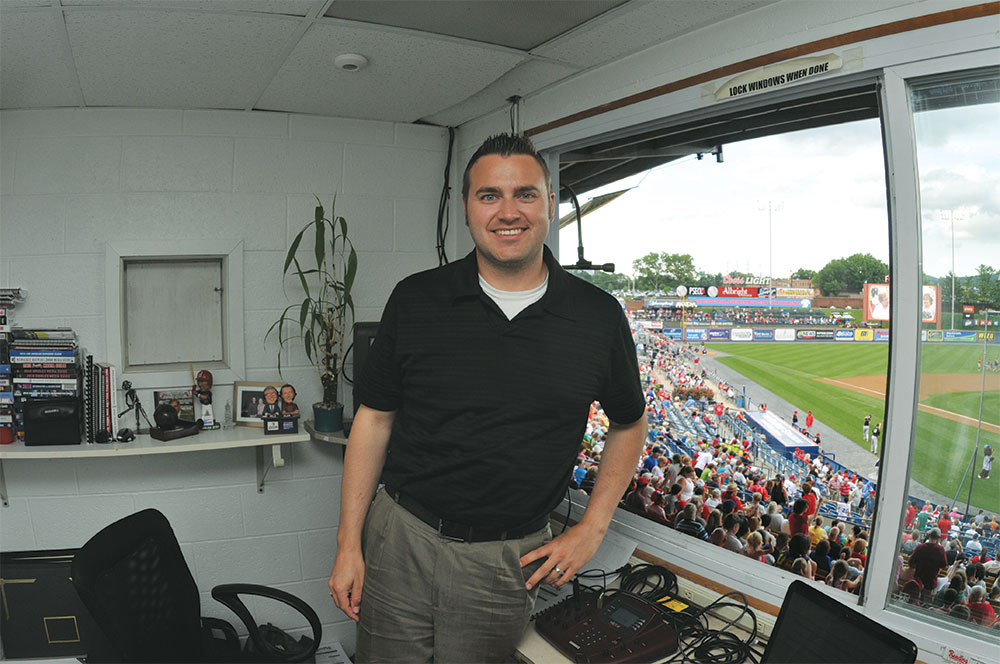 During Anthony Oppermann’s ’04 quest to reach the highest level of his profession, a supportive family and the baseball community have helped keep him going — one play at a time.

Oppermann is the radio broadcaster for the Fightin Phils, the AA affiliate team for Major League Baseball’s Philadelphia Phillies. The Phils are based in Reading, Pa., which is roughly 60 miles from Citizens Bank Park and the major leagues.

“Prior to my first (baseball) job in Daytona Beach, I had never lived outside of Texas,” he says.

As Oppermann gradually moved north to Reading, he has been able to count on a couple of constants.

“One of the great things about the baseball fraternity is it’s a tight-knit group. With other people in the industry, it’s us talking to each other about professional aspects, like, ‘What are we doing to advance our careers?’ People tend to be very understanding and they are willing to help,” he says.

Considering Oppermann is in the midst of a 143-game broadcast schedule, which includes trips to Maine, Ohio and a handful of other states, he is thankful for his family in Texas and beyond. “I have an incredible wife (Bree) who is very supportive of me,” he says. “That is one of the hardest parts of the job. She is a teacher in Colorado and she will have to head back for the start of the school year.”

Meanwhile, Oppermann operates with just a handful of days off during the season. When he had a day off in June, his destination was clear — he headed to Citizens Bank Park and spent time in the Phillies radio booth.

“You’re always trying to learn and get better, trying to improve as fast as possible to be considered for that dream job.”