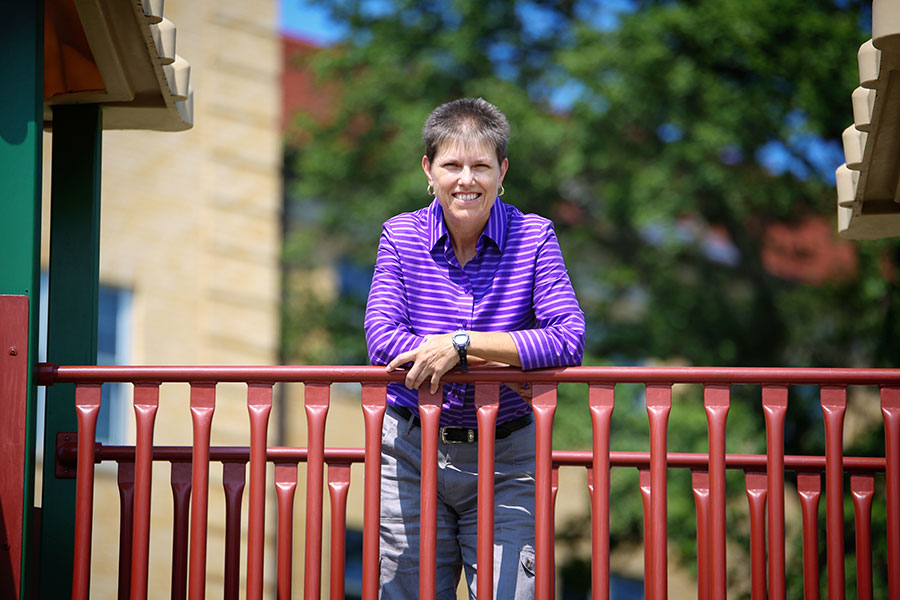 Maybe the best way to help students learn is to let them play.

That’s the approach being studied by Debbie Rhea, professor and associate dean for health sciences and research in Harris College of Nursing & Health Sciences. She spent a six-month sabbatical in Finland examining its school system and how the nation landed atop the world rankings in student performance.

The nation of 5.5 million actually delays formal education until age 7, scorns standardized testing until age 16 and keeps the school day to fewer than 6 hours — including 75 minutes of recess.

But a recent global report by the education firm Pearson ranked Finland and South Korea as having the world’s best education system based on international test scores, graduation rates and the number of students who go on to higher education. The United States came in 17th.

Rhea returned to Texas with passion to implement a similar structure in Texas schools, and this fall, she launched a pilot program on two campuses: Fort Worth’s private Trinity Valley School and TCU’s College of Education lab school, Starpoint School. Next year Rhea hopes to expand it to public schools including the Fort Worth Independent School District.

The program will include adding extra recess time and also character development training.

Rhea’s pilot program, dubbed Project ISIS (Innovating Strategies, Inspiring Students) will increase the number of recess periods each day to include a 15-minute recess four times daily (two in the morning and two in the afternoon) for each grade level in the pilot. Students will continue to attend their regular schedule for now, but be able to have more breaks than traditionally offered, Rhea says.

“We are also teaching the character development curriculum for 15-20 minutes three times per week for a total of one hour per week” she adds. “We feel that this will help with bullying, social media issues, etc.”

“These brain breaks give the brain time to catch up,” she says. “If the brain is taking in information for 30 to 40 minutes, the brain is through at that point. Kids start to fidget and lose focus.

“These breaks give the brain time to relax,” she adds. “When they come back, they’re fresh and able to take in more, then digest it.”

She admits the approach goes against the national emphasis on repeated drills to help students pass standardized tests, often required to move on to the next grade.

“As much as I think we’ve done some things very well in our schools, some things need change,” she adds. “Assessments have become the norm in our schools to the point that physical education, recess and brain breaks have become obsolete in order to learn or the attempt to learn more to pass tests. The problem with that is the more the body sits, the more the brain stays stagnant, the harder it is for that brain to take in learning.”
Video: