JT Hodges ’00 released his self-titled CD last month under a new label and making good on the promise of an up-and-comer. 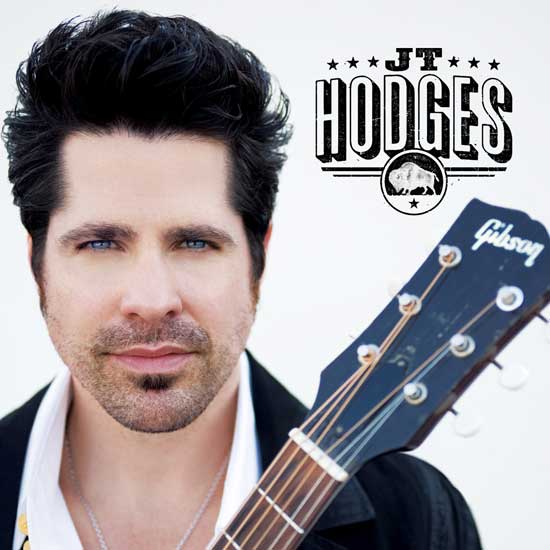 JT Hodges ’00 released his self-titled CD last month under a new label and making good on the promise of an up-and-comer.

With those front-loaded initials for his name, JT Hodges ’00 just sounds like a country music artist.

For the record, the Fort Worth-born and raised Hodges’ full name is Justin Taylor Hodges. Twelve years after graduating from TCU, he is starting to leave a serious imprint on the hyper-competitive country music scene.

Only a year ago, his first important single, Hunt You Down, began ascending the Billboard Top 40 charts, and it led Hodges to being one of eight semifinalists nominated for the Academy of Country Music’s New Artist of the Year.

Bonafide country super-star Toby Keith was so impressed with Hodges that he enlisted him for his Locked and Loaded tour and then, in a career two-fer, signed Hodges to Keith’s Show Dog-Universal Music label.

With the ink barely dry on that deal, Hodges finished 10 new songs, eight of which he wrote himself, for his major label (Show Dog-Universal Music) debut CD — released on August 21.

“I’m pretty proud of this one,” says Hodges of the self-titled CD, recorded in Nashville, his home for the past three years. “It’s a big-frame album with lots of observational songs about the trials of love gained and lost.”

For anyone familiar with Hodges’ background —his father started, in the late 1970s, Buffalo Sound Studios, Fort Worth’s first multi-track recording facility — the rising singer-songwriter clearly didn’t have to wander far to get the first musical inspiration to launch his career.

“Growing up, my Dad would always play music at home and let me know that it was always going to be about listening to a great song,” recalls Hodges, who started out noodling on piano before taking up the guitar in earnest during his high school senior year.

What appeals to Hodges the most, and clearly what he tries to emulate in other artists, is a gut-level honesty about how he delivers a song.

“If any artist offers a real and emotional interpretation to a song, then I become a really big fan,” says Hodges.

When asked, Hodges gladly volunteers that his vocal idol is Don Henley of the Eagles, and he has always admired the vigorous strumming style of Richie Havens and Dave Matthews.

Already an accomplished road warrior, Hodges regularly finds himself in a different concert venue three or four nights a week. A typical week might have him doing a weekend show with Miranda Lambert in Boston before flying across country to San Diego to perform a sold-out radio show.

Hodges’ frenetic schedule is bound to slow down a tad as he and his wife, Kasey Hodges, are expecting their second child, a girl, in October.

Despite all of his recent success, Hodges is the first to adopt a very level-headed approach to his career, while avoiding getting too far ahead, or full, of himself.

“There is so much more for me to get better at in music,” admits Hodges. “I’ve fallen on my face plenty of times and thank God I’ve gotten better. I just love the process of writing songs, doing what I do. That’s why I will always take it one day at a time.”