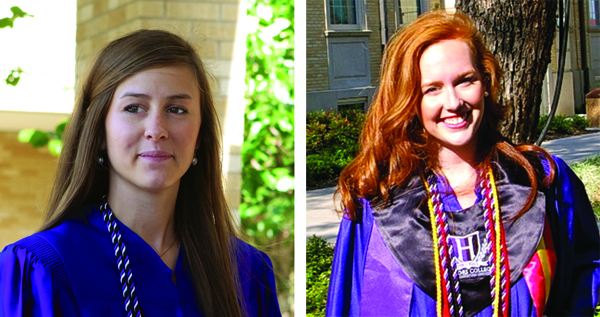 Andrea Edmundson '11 (left) and Paige Miller '11 will teach in Malaysia and Spain, respectively.

Two May graduates, both Honors Laureates in the John V. Roach Honors College, have been awarded Fulbright Scholarships from the U.S. Department of State to serve as English teaching assistants for the coming year.

“I am thrilled for this opportunity to travel to Madrid as a Fulbright English teaching assistant,” Miller says. “It is an honor for me to have been selected to represent the United States and TCU. The four years I spent at TCU thoroughly prepared me for Fulbright and whatever else is in store for the future.”

The Fulbright program, established in 1946 and funded by the U.S. Department of State, is designed to foster understanding between the United States and other countries. The U.S. Student Fulbright program gives recent graduates, graduate students and young professionals the opportunity to conduct research, study or teach in one of the 155 countries in which the program operates.