Tod Lippy ’85 brings artists and the general public together with new Esopus magazine.

Tod Lippy ’85 brings artists and the general public together with new Esopus magazine. 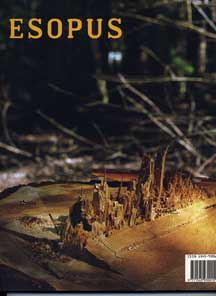 When Tod Lippy ’85 decided to publish his own magazine, he knew he wanted it to be different than anything else out there. The result is a publication that captures the senses of those yearning for arts exposure — sans advertising. The 112, thick-stock, matte pages of Esopus magazine, which recently produced a third issue, urge readers to do nothing more than enjoy and be inspired, ad free.

“One thing that always frustrated me was there was never anything non-commercial; and particularly in the art world, it’s important to have that form of expression,” Lippy said. “The idea was to provide the space where artists and the more general public can meet and have an exchange.”

The coffee-table worthy book is a twice-yearly arts pub featuring fresh, unmediated perspectives on the contemporary cultural landscape from artists, writers, filmmakers, photographers, musicians, and other creative professionals. It includes long-form artists’ projects, critical writing, fiction, interviews, and, in each issue, a CD of specially commissioned music. Library Journal named it as “One of the 10 Best New Magazines of 2003.” 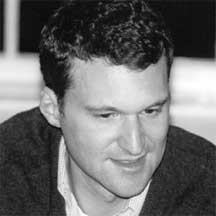 The name, pronounced ee-SO-pus, comes from a stream in the Catskill Mountains that empties into a reservoir then pours out the other side muddy and polluted. “Above the reservoir, though … the Esopus is still vibrant, full of rapids and trout,” Lippy wrote in an editor’s note. That may be all the writing Lippy has time for; he assigns, directs, edits, produces the magazine, walks it to the printer and watches the press run.

Lippy, who received a degree in history at TCU, went on to pursue master’s degrees in both art history and film. After a brief stint in L.A., he returned to New York City and began a career in magazine publishing. He is the proud “father” of two magazines that circulated through the art and film worlds, Publicsfear and Scenario and last year established The Esopus Foundation, the non-profit organization that publishes Esopus.

Readers from 39 states and 11 countries flip through Esopus pages, Lippy said. “If you have a reader from North Dakota, you’ve got to know that something is working.”
For information, go to www.esopus.org.