Shakespeare may be required reading, but pair it with modern thinking, Ariane Balizet says. 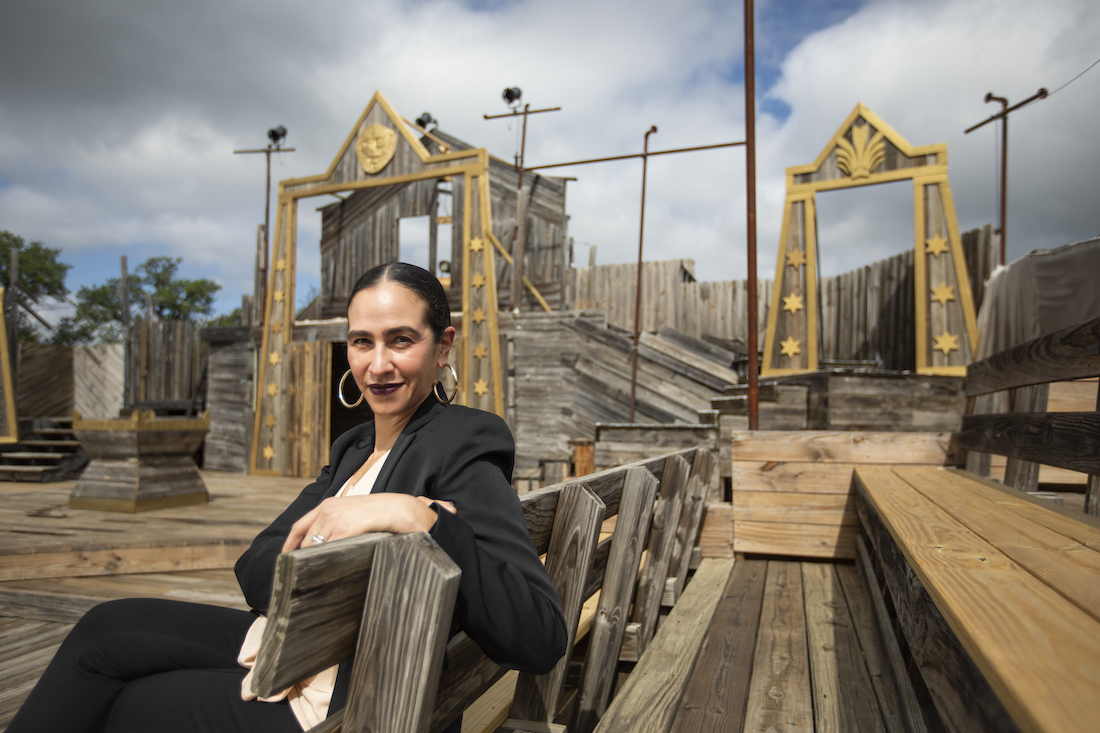 Ariane Balizet researches how Shakespeare in film, TV and young adult fiction articulates ideas of girlhood. The work of Shakespeare lives on in places like the open-air Hip Pocket Theatre, which has produced Shakespeare’s plays. Photo by Rodger Mallison

Shakespeare may be required reading, but pair it with modern thinking, Ariane Balizet says.

Teenagers across the world are still soaking up Romeo and Juliet, whether in school or through Taylor Swift’s lyrics. Between the lines, each generation of high school students interprets William Shakespeare’s tale of star-crossed lovers through its own pop culture filters.

Shakespeare wrote Romeo and Juliet in 1592-93. The famous tragedy has been the subject of countless adaptations, including West Side Story and Shakespeare in Love.

Original or spinoff, the bard’s core messages rarely change. But what are young people learning about life through the play?

Ariane Balizet, professor of English, studies how Shakespearean adaptations in film, TV and fiction articulate ideas about girlhood. Balizet’s studies fit well with her other academic role as associate dean of faculty and diversity, equity and inclusion for the AddRan College of Liberal Arts.

In her 2019 book, Shakespeare and Girls’ Studies, Balizet analyzes recent retellings of Shakespeare’s tales to better understand the voice and role of young female characters and to study the emphasis Shakespeare places on their sexuality.

She said she hopes to understand what the bard’s work means for the teenage girls reading and watching today.

“Shakespeare is used to authorize a very limited version of what girlhood is,” she said. 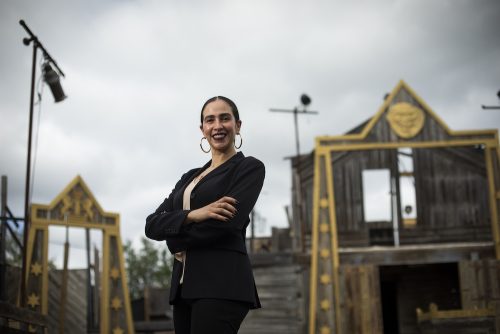 Ariane Balizet, on the stage of Hip Pocket Theatre in Fort Worth, says even modern adaptations of Shakespeare on TV and in movies present girls as subordinate. Photo by Rodger Mallison

Generation after generation, Shakespeare’s vision of ideal girlhood has persisted. Like Juliet and Hamlet’s Ophelia, girls in his stories are often thin, white, privileged, straight and cisgender, Balizet said. Thus, teaching Shakespeare as a gold standard of English-language literature has a downside.

“This thing that we call Shakespeare is actually a hurtful prism for understanding the lives of young people of marginalized genders,” Balizet said.

She studied adaptations produced between 1994 and 2018, a time when anxieties about teen pregnancies were heightened by pushes for abstinence-only sex education.

Fear that young women may face the “crisis of teen pregnancy,” Balizet said, appears in 10 Things I Hate About You, a re-imagining of Shakespeare’s Taming of the Shrew.

In the film, when an obstetrician’s teenage daughter wants to go out, he makes her wear a weighted pregnancy suit to imagine the consequences of sex.

“Pregnancy is not just material evidence that a young woman has lost her virginity and thus her moral worth,” Balizet writes. “Pregnancy is the shameful, embodied punishment for the loss of purity.”

A portrait of a woman playing Ophelia created between 1880 and 1890. Courtesy of Library of Congress

The scene suggests that to be valued by men, girls must meet expectations of sexual purity, beauty, composure and romance, she said.

Balizet’s book fills “a new place for feminist work,” said Ann Christensen, department chair and professor of English at the University of Houston. “Her work crosses over and shows the relevance of Shakespeare in our culture.”

She reviewed films like Never Been Kissed and Get Over It!, whose characters study the bard in school. On the small screen, Balizet looked to Gossip Girl, Buffy the Vampire Slayer and Gilmore Girls, which also include scenes of studying Shakespeare.

Balizet said writers lean on Shakespeare as a mark of intellectualism to elevate their work. Just invoking his name or quoting his works in their scripts might draw a bit of the same renown, she said.

Reading his work is a rite of passage in the American education system. The Common Core State Standards for English Language Arts & Literacy lists Shakespeare, one of few authors called out by name, as a requirement.

Deciding whether Shakespeare is bad for girls was not Balizet’s goal, she writes. Rather, she wanted to demonstrate “how the construction of girlhood within and through Shakespearean adaptation has cultural meaning that is useful in advancing the rights of and opportunities for girls.”