During the medieval period, a spiked mace was used as a weapon or as an intimidating tool for enforcing law and order. In the peaceful environs of modern academia, the mace functions as a ceremonial symbol of the strength of a university and its leaders.

Master carver Robert Kramer, then a staff carpenter at TCU’s Physical Plant, designed and created the university’s mace in 1999 for the inauguration of former Chancellor Michael Ferrari.

Sculptor Seppo Aarnos forged the mace’s head with brass and topped it with a custom bronze horned frog. A purple amethystine quartz, from the collection at TCU’s Monnig Meteorite Gallery, sits within the head.

The mace is on display in the Sumner Room in the Mary Couts Burnett Library and is carried in formal university ceremonies such as commencement and convocation.

“It is a very solid thing,” said Linda Hughes, the Addie Levy Professor of Literature, who carried the mace during a graduation procession soon after its creation. “Kind of fitting for a university that has been around for as long as TCU.”
– Jacob Smith 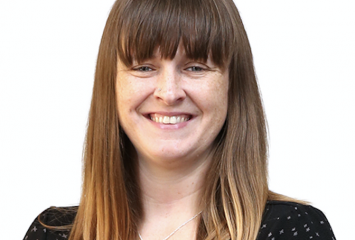