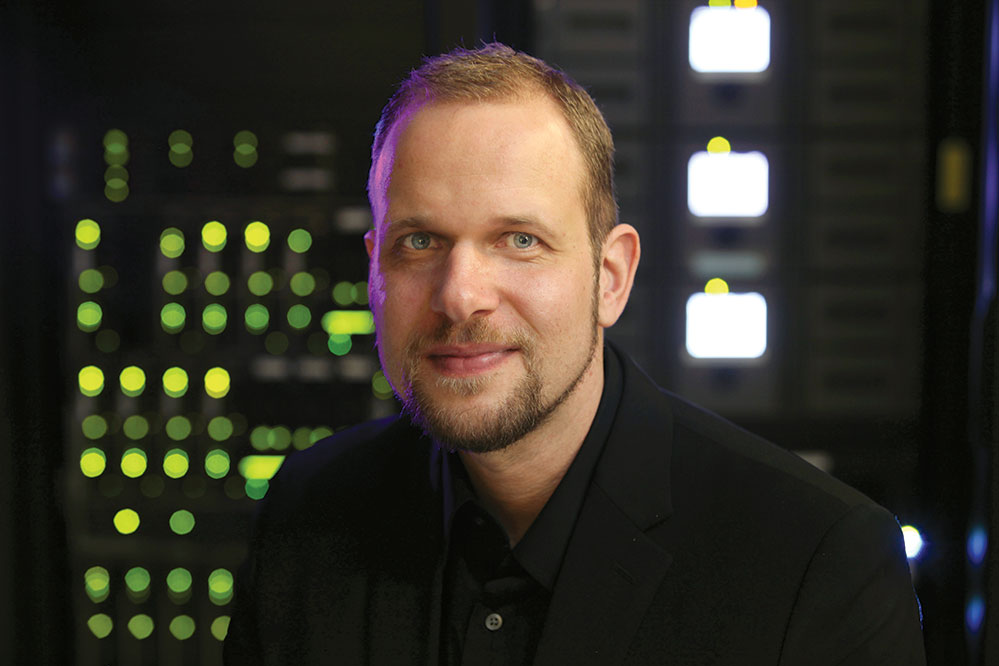 When an officer with the U.S. Agency for International Development asked Michael Bachmann what he knew about efforts to contain the rampant extortion in Honduras, he told the truth.

“At the time, I had to tell them I knew nothing,” said Bachmann, associate professor of criminal justice. He got the call because of his seminal research in identifying national variances in behavioral characteristics and career paths of cyber criminals.

Bachmann accepted the federal agency’s request to teach about tracking cybercrime to Honduran National Police at two training sessions last summer. He taught how data collection and digital surveillance might compensate for scarce resources and help predict when and where future crimes might occur.

Most Hondurans earn just enough to subsist and rising cases of extortion createanother layer of economic suffocation. Criminals demanding money under threat of violence affect every business in the country, from fruit stands to taxi services, and most citizens.

“If you are affluent enough to afford a car, you are on the list,” Bachmann said. Not long ago, cab drivers in Tegucigalpa, the nation’s capital, went on a strike to protest the impossibility of working in the midst of such proliferating crime.

Behind much of the criminal chaos is the presence of drug cartels, which funnel an estimated 80 percent of the worldwide cocaine through the dense Honduran jungles along the Caribbean known as La Mosquitia, or the Mosquito Coast.

But some criminals unaffiliated with gangs also capitalize on the climate created by the drug cartels and make extortion calls from cell phones. They demand money on behalf of two prominent gangs in the country, MS-13 and MS-18, Bachmann said. The caller often then sends a child, usually younger than age 10, to collect the shakedown money.

If capitulating to a random phone call from a stranger sounds far-fetched, it isn’t, Bachmann said. “One phone call is typically enough, and people will pay extortion money because they are so afraid for their life as is.”

Drawing order from the Central American nation’s crime wave is no easy task. Honduras has the highest murder rate in the world outside of an active war zone.

San Pedro Sula, a stop on Bachmann’s Honduran visit, has double the murder rate of Acapulco, the second-most violent city in the world, according to an analysis by the Mexican Citizens’ Council for Public Security and Criminal Justice.

“Everybody who can, flees,” said Bachmann, who also serves as editor-in-chief of The Journal of Technology and Crime. At least one planeload of deported people arrives in San Pedro Sula from the U.S. daily.

As part of the training sessions, Bachmann helped special National Police units figure out data-driven ways to uncover the operational networks of criminal gangs. He introduced phone-tracking software that “searches for different key terms and then starts [recording] automatically,” he said. When a certain number of trigger words accumulate on the server, an actual human steps in to listen.

Bachmann also taught geospatial mapping, which can be used to pinpoint crimes committed by location and time, using analytics to uncover patterns. These maps “maximize the effectiveness in allocating resources,” he said.

In the last five years, geospatial mapping has become possible on a large scale, he said. Data processing power has “sparked a geospatial revolution that is penetrating all kinds of industries.”

After the professor returned to the U.S., Honduran police analyzed photos in a seized cell phone to track down and arrest a unit of one of the national gangs. Bachmann returned to Honduras in mid-October for a more intensive training session with an elite group of aspiring cyber-forensic analysts from around the country.

Does digital surveillance in the Central American nation have the same controversial connotations as in the U.S.? Bachmann said Honduras is so busy trying to modernize, its citizens have not demanded legislation to protect personal privacy.

“You get the sense that there is a high degree of desperation,” he said. “It’s understandable.”