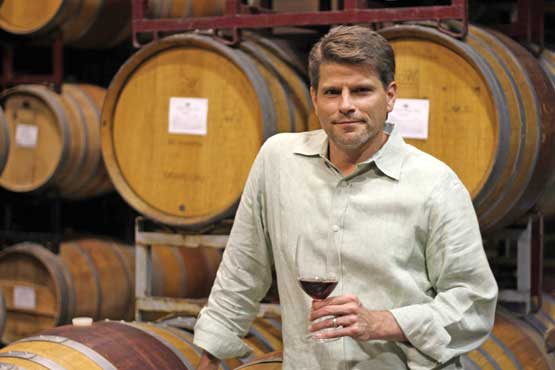 An education in communications and human relations taught Stephen Lewis ’90 the trick for turning wine into water. Tithe Wines, his Houston-based wine company, gives 10 percent of its proceeds (a “tithe”) to the nonprofit charity Living Water International, which brings water to people in need. Tithe Wines has already provided funds for its first well, to be dug in Zambia. The trick that lets Lewis succeed as a vintnelanthropist (a word he coined to mean “charitable wine maker”) is building trust with people by creating a shared sense of purpose.

“I spent my time at TCU learning to present my concepts,” he says, “learning persuasive ways to present value.”

He attracted Steve Reynolds, an acclaimed wine maker, to Tithe Wines by telling him about its great mission. For example, the wells not only provide drinking water, but also help with cleanliness, a serious health concern for impoverished communities.

“We both see the value in doing this,” Lewis says.

“It’s a big passion of mine,” he says, pointing out that what you don’t use or give to the government can be shared. Tithe Wines is his way of taking something he loves — wine — and using it to give back to others.

As a student, Lewis created several organizations within the College of Communication, including the honors society. When he had a good idea, TCU was supportive of his entrepreneurial spirit. “They said, ‘Go do it, and do it here and do it in the real world at the same time.’ ”

The Tithe Wines label is called Decimus, which is Latin for “a tenth.” It includes two varietals, chardonnay and pinot noir, with a Cabernet coming in 2013. The fruit is sourced from the Los Carneros region of Napa Valley.

The wine can be purchased at TitheWines.com, and Lewis promises a discount to Horned Frogs who email him at gofrogs@decimuswine.com.