The issue of media bias has interested Adam Schiffer since high school, when he penned a letter to the editor of his hometown newspaper. “I was responding to someone who had accused the press of being liberal,” the associate professor of political science said. “And I’d said, ‘No, in this case, there is actually an alternative explanation,’ which, in a nutshell, is the basis of my book.”

“I argue that people are looking for bias in the wrong places,” Schiffer said. “The book, like my Media and Politics class I’ve taught for 15 years, is organized around two ideas: that partisan-bias charges tend to be overblown, and also that citizens should be more concerned with other types of media bias, or the ‘real biases’ as I call them, because these are more important than any left or right slant.”

One such “real bias” is the failure of the media to place facts, figures and events within the context of a broader narrative. Others refer to a tendency to report on the game of politics rather than the substance of policy and its material consequences.

“Instead of telling you what the candidates are going to do if elected, they focus on who’s ahead in the polls and their strategies and gaffes,” Schiffer said.

Listen to an interview with Adam Schiffer

Because the professor began researching the book well before the 2016 presidential election, he could not have known then just how pertinent the topic of media bias would become. Nor could he have foreseen how the decades-old liberal-bias charge against the American news media would metastasize: Today’s “fake news” accusations call into question the integrity of the Fourth Estate, fueling what Vox.com contributor David Roberts referred to in a November 2017 think piece as an “epistemic breach” in America.

“The charges of media bias have been weaponized in a way that we haven’t seen before,” Schiffer said. “They’re being used to undermine the entire business of holding the government accountable. And along those lines, I think there is a lot of effort to try to undermine all of the various institutions — whether it’s the media, universities, career civil servants, anyone who’s charged with being the gatekeepers of fact, of reality. There has been a wholesale effort to cast them as partisan actors.” “Focusing only on coverage surrounding the Affordable Care Act, I reviewed all of these transcripts and coded every source referenced in each broadcast using a numeric system that Dr. Schiffer had created,” Cole said. “Any time an outside source was utilized in the broadcast, it was coded by a number, which allowed Dr. Schiffer to analyze which types of sources were used by which networks to determine whether media bias might be present.”

The category “government official,” for instance, was further subcategorized according to titles such as “governor” or “senator.” A third numeral accounted for party identification — Republican, Democrat or independent.

“I kind of went in with a hypothesis about what the most common source would be,” Cole said. “But I was surprised! I won’t tell because I want people to read Dr. Schiffer’s book to find out.”

Schiffer did offer a few essential breadcrumbs for people who are suspicious about media bias.

“The first thing that a viewer should understand is that the traditional outlets — CNN, The New York Times, The Washington Post, ABC, CBS, NBC — they generally get things right,” Schiffer said. “Whatever criticism you want to level at them … they generally get the facts right.”

Journalism’s primary obligation to the truth, Schiffer said, means that the media are always motivated to get facts correct, even above other incentives such as solvency or social media visibility.

“Understand that any media outlet’s main currency is trust and legitimacy, and regardless of whatever else motivates them — like making money or telling a good story — they always have the incentive to get it right,” Schiffer said. “There are real shortcomings by the news media as detailed in my book — all the ways the media fall short of giving people the news they need to be informed citizens. But just flat-out lying, flat-out reporting falsehoods simply isn’t one of them.” 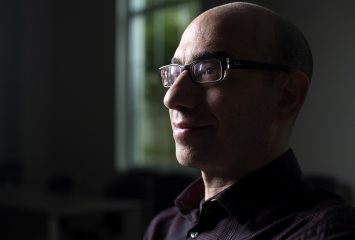 Bob Schieffer ’59 talks about “fake news,” the pendulum of the U.S. presidency and his country music career.