How to Get a Job class prepares students for the employment market. 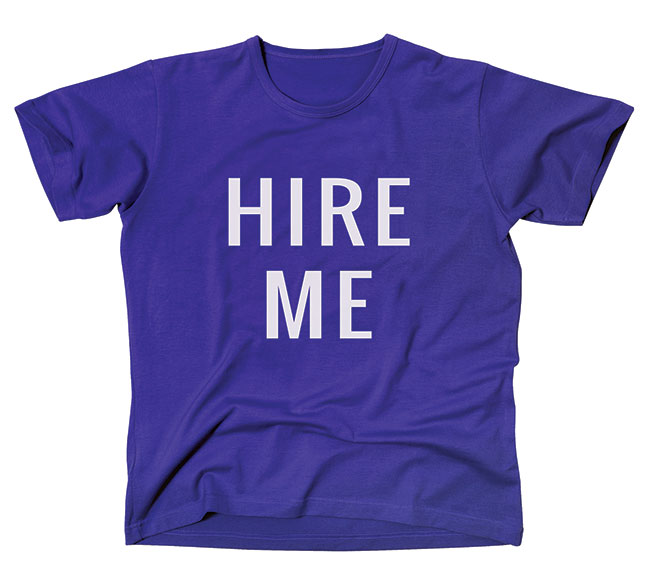 How to Get a Job class prepares students for the employment market.

The pressure is on college students to jump into the job market before they even don their cap and gown. But many need help getting their job hunt into high gear.

That’s where a class titled Make Your Major Work! How to Get a Real Job with Your B.A. comes in. Each fall and spring, the class is co-taught by Claire Sanders, an instructor in history, and Terrence Hood, the Career Services adviser for the AddRan College of Liberal Arts.

“It doesn’t have a lot of sex appeal so to speak,” Sanders says of the practical approach of the curriculum. “But it’s a course where every student who has taken it has said, ‘Oh my goodness, this has been great.’ ”

In the first two weeks of the eight-week class, students build a resume and perfect their personal introduction. Then they have to meet with at least three employers at the TCU Career and Internship Expo in February.

“We have had students get jobs as a result of going to Career Expo as part of this class,” Sanders adds.

Students also build LinkedIn profiles, write a cover letter and put together a professional portfolio they present to the class. To help build networking skills, they have to do informational interviews with professionals in their career fields and hone interviewing skills by working with coaches at TCU Career Services.

Sanders has been teaching the class since 2008 and says it’s common for students to feel increasing urgency to have something lined up as they approach graduation. But, she adds, they also want to look at the long term.

“Students aren’t so much job-focused as they are career-focused,” she says. “They really want to do something that matters, something that’s important to them.”

While the class is geared towards liberal arts majors, Sanders says it has attracted students from a wide variety of majors. She says it may soon be a requirement as part of the history degree program.

“They’ve really gotten me organized and focused,” says Nicholas Spurgeon, anthropology major. “Things I didn’t really think of as strengths, now I can see as something I can use to market myself.”
Video: