Behind and in front of the camera, Istook has starred on shows from the Speed Channel to the Food Network and is the winner of the Outstanding Young Professional Award. 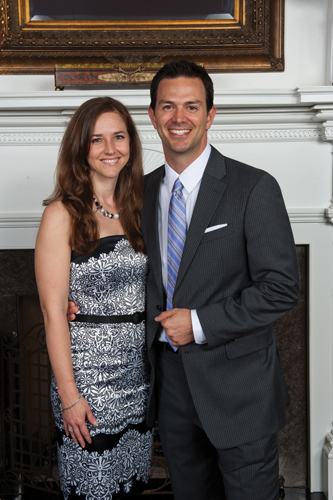 Behind and in front of the camera, Istook has starred on shows from the Speed Channel to the Food Network and is the winner of the Outstanding Young Professional Award.

After graduating from TCU in 1998 with a B.S. in radio/TV/film, Marc Istook spent a year working behind the scenes for ESPN before moving in front of the camera as a news anchor — and then as a sports director — for KTEN, the NBC affiliate in Denison, Texas.  Both the Texas AP Broadcasters and the Oklahoma Association of Broadcasters honored him for his outstanding work on a story about a high school football equipment manager battling multiple sclerosis.

In 2001, Istook moved to Los Angeles and has since worked as an on-camera host and reporter for a variety of cable and online networks, including DIRECTV, the Food Network, the Game Show Network, the Speed Channel, AOL, Yahoo and VH1. In 2005, the cable channel industry recognized him with the STAR Award for his work as executive producer and host of “Get Out!,” a show highlighting businesses and activities in Southern California.

In 2007, Istook tested the latest kitchen gadgets as co-host of “Gotta Get It” for the Food Network. He can currently be seen hosting “Car Warriors” for the Speed Channel and as an entertainment correspondent and award show host for the TV Guide Network. For AOL Travel, he also hosts a series of travel-related videos featuring U.S. cities.

Mr. Istook is committed to the next generation. As co-owner of University Drive Productions, he hosted and produced “College Admission. Simplified,” a six-episode DVD series designed to help teens and parents navigate the admission process.

He also remains loyal to his alma mater, representing TCU at college fairs in Los Angeles and Orange County as part of the Alumni Student Recruitment Council.  And as the Alumni Association’s vice president for recruitment for his area, he’s helped plan and stage game-watching parties, new student send-offs and other events.

Istook has even found time to work with elementary, middle and high school students over the years as a counselor for youth camps in Athens, Texas.  And in 2008, he taught English and life skills to teens in Ethiopia.

He is the proud uncle of a nephew and five nieces.  A sixth-generation Horned Frog, he is currently negotiating with his fiancé to get purple included as one of the colors for their July wedding.