Students will choose from three new all-you-can-eat meal plans – known as “Frog Pass” or “Frog Passport” – in August when the new Brown-Lupton University Union is finished. Ranging from silver, gold or platinum, the plans will cost between $1,799 to $2,099, said Craig Allen, director of Residential Services. Each plan includes total access inside the new dining hall called “Market Square,” Allen said. Once inside, students will be considered “swiped in” and may eat as much as they want, rather than subtracting money off dining cards for each separate meal item.

Kitchens to be phased out of residence halls

TCU’s financial services will move student bills online in February to provide billing information more efficiently to students and others who pay student bills. Printed versions of student bills will be mailed until May. The online billing initiative is called e-Z Bill.

Student-run “TCU News Now” became a daily newscast in January with the help of new professional equipment, technology and a CNN news feed. Students are now able to receive raw footage and news packages from CNN and use it in their own programming. A satellite on the roof of the Moudy Building connects with CNN’s satellite and downloads newscasts to the News Now server. Watch the broadcasts at www.tcudailyskiff.com/tcunewsnow/

After years of asking, students will have 24-hour library access on weekdays next semester.
“Students have been talking about this for the last three or four years,” said Don Mills, vice chancellor for student affairs. “In the last year the usage in the library has escalated because more students are living on campus, and the library is offering many resources students need and want.”

“The decision to invade Iraq will be judged by history as possibly the worst mistake an American president has made. He believes he is somehow destined to spread democracy.”

– Seymour Hersh, Investigative journalist for The New Yorker and speaker for the Center for Civic Literacy’s spring lecture series, co-sponsored by the AddRan College of Humanities and Social Sciences, the Schieffer School of Journalism and Leadership Fort Worth

“The world has set in motion uncheckable trends of poverty, infectious disease, conflict and
technological might. Now, it’s a matter of how we manage these mounting challenges.”

“Despite the economy’s recent downturn, businesses should put their employees, not customers, first. If employees are satisfied, they will take better care of customers.”

– Kip Tindall, CEO of The Container Store and speaker at the Tandy Executive Speaker Series

“There is a fundamental belief that I have embraced for 12 years, and that is that people do things for reasons that make sense to them. Both men and women want to do the right thing, but they have a different set of rules for what they think is right and wrong”

– Tammy Hughes, President of The Heim Group and speaker at The Institute on Women and Gender Studies breakfast series

“While there is some risk in trust, there is also risk in not trusting people — more risk. When trust goes up, speed goes up and cost goes down. Trust affects economic results.”

– Stephen Covey, Author of The Speed of Trust and speaker at the Tandy Executive Speaker Series 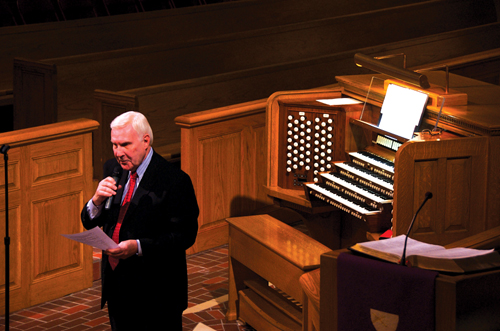 Ministers’ week
More than 300 ministers and religious leaders from around the U.S. gathered at for Minister’s week at TCU in February to explore contemporary issues within the religious community. Highlighting the week was a concert of hymns and church standards by world-renown organist Frederick Swann at University Christian Church. 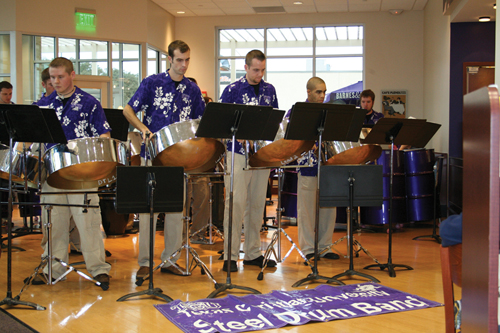 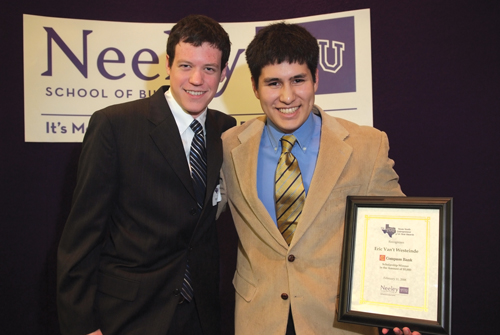 Entrepreneur of year
Erick Van’t Westeinde, a senior at Jesuit College Preparatory School in Dallas, was the grand prize winner of a $5,000 scholarship as the Neeley Texas Youth Entrepreneur of the Year. His business, Westend Trading Company, buys, repairs, restores and sells classic European cars. 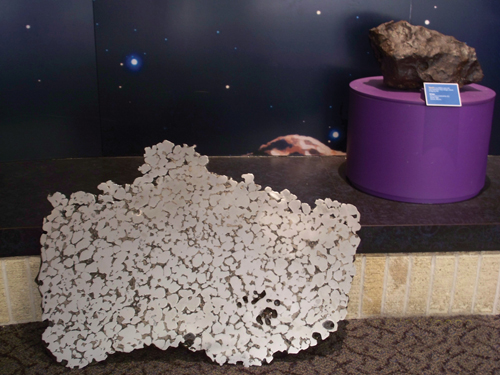 Massive meteorite
The Oscar Monnig Meteorite Gallery acquired a 45-pound iron meteorite called Mundrabilla from western Australia in January. At approximately 3-feet by 2-feet, it is the largest slice of iron meteorite in the United States. 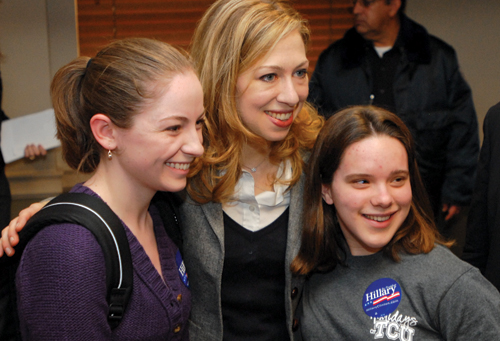 Stump speech
Former first daughter Chelsea Clinton spoke to a crowd of about 250 in the Student Center Lounge in February, in a question and answer format. Clinton covered about her mother’s positions on everything from the war in Iraq to illegal immigration. 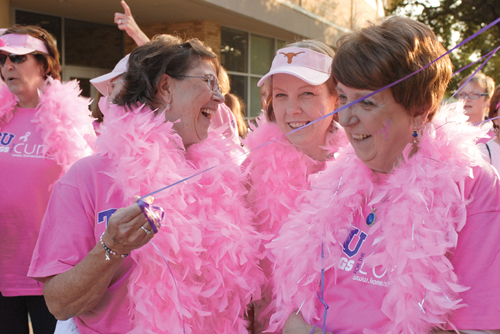 Think Pink
The national Komen for the Cure group has bestowed its Community Service Award on TCU in February for its unique twist on supporting breast health during an annual fall football game. It is the first time that the Komen organization has honored anyone in Tarrant County for their efforts.