Alessa Juarez ’20 MS said her examination of how law enforcement deals with mental health crises was inspired by countless stories of mass shootings.

In her criminal justice research, Juarez noticed “how mental illness was kind of umbrella’d” into the discussion. People tended to blame the shooter’s actions on disordered thinking or pardon the culprits altogether on account of neurological impairments, she said.

People suffering from mental illness are far more likely to be victims of violence than the general population, and no more likely than anyone else to become violent, reports the U.S. Department of Health and Human Services.

About 1 in 5 Americans lives with mental illness, and Tarrant County isn’t immune. In 2017, the Fort Worth Police Department responded to almost 8,000 mental health-related calls.

As a grant writer for My Health My Resources of Tarrant County, Juarez has learned a lot about how people living with mental health challenges manage their illness and operate in society. MHMR educates the community about mental wellness issues and provides resources and therapy.

But not every person living with mental illness walks through the agency’s doors to seek help. People in crisis sometimes interact with law enforcement before they get access to specialized treatment.

Crisis encounters include events such as suicide attempts or mass shootings. Sgt. Jacob Hopson of the Fort Worth Police Department’s crisis intervention team said the department often gets calls about people behaving unusually, perhaps talking to themselves or to people who aren’t there.

Hopson’s team is trained to handle these situations. All team officers earn a specialized license requiring 40 hours of training with MHMR. But with only three officers and two detectives, the unit struggles to keep up with the call load, Juarez said. Her research revealed that most public agencies lack adequate staffing to deal with these incidents, a finding confirmed by the Fort Worth team.

Of the 50 states, Texas ranks third to last in public funding to address mental health crises, giving only $40.65 per capita to health organizations, law enforcement and courts. The national average for per capita funding to assist with mental health support is almost triple the Texas figure, reports the Kaiser Family Foundation.

“We owe it to the community to have officers with the subject-matter expertise that can help de-escalate situations with mental health consumers,” said Lt. Amy Ladd ’15 MBA, who helps oversee the Fort Worth police crisis intervention team.

“We owe it to the community to have officers with the subject-matter expertise that can help de-escalate situations with mental health consumers.”
Lt. Amy Ladd

Hopson said he would like to train more of the city’s police officers in how to respond to mental health-related calls. “During the course of the day a police officer wears a ton of hats, and now we’re asking them to be a psychologist too,” he said. “It’s tough, but honestly, it’s necessary.”

Juarez said the public’s limited awareness of mental health complexity contributes to the dearth of funding for public institutions to train specialists. She attributed this to the stigma that having honest conversations about mental health often carries. Ideally, she said, her study will inspire an earlier start to mental health education in schools. Right now, “No one wants to talk about it, and it will continue to be a huge stigma.”

Stronger partnerships between hospitals, schools and law enforcement also are necessary, Juarez said, as an empathetic team approach can prevent crises from escalating when police get involved. “We try to keep people out of jail and get them into the hospital so they can get help, because being in jail with mental illness doesn’t help.” 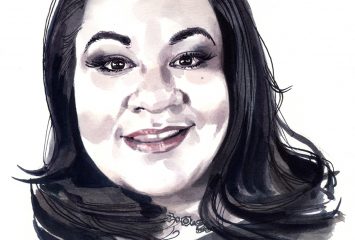