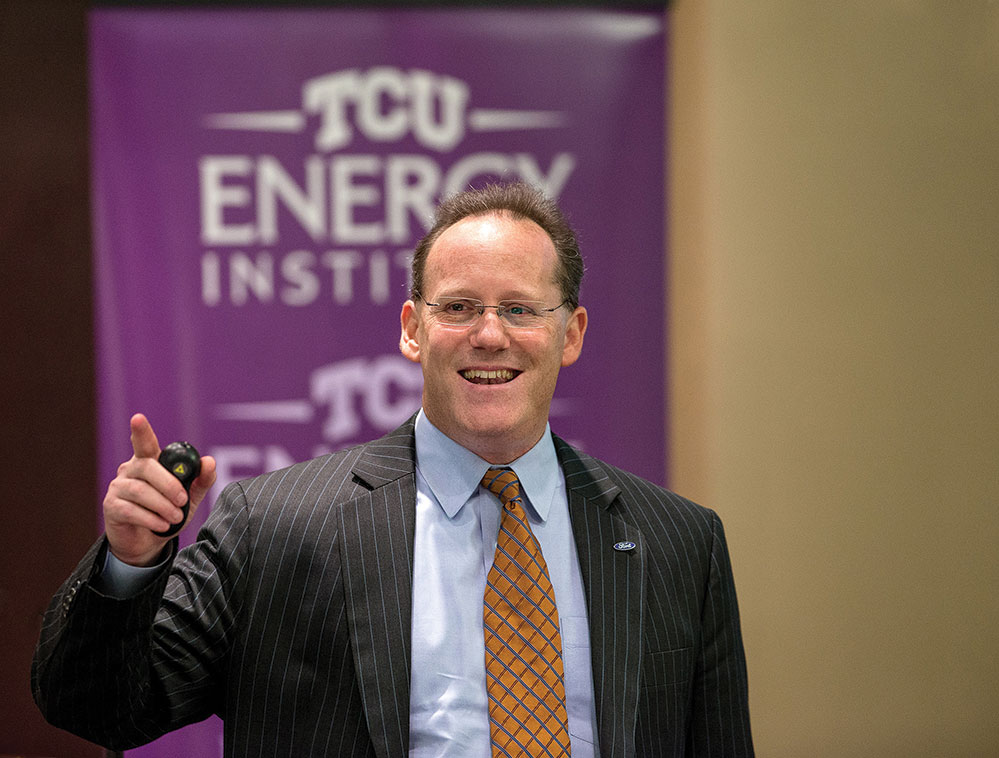 The F-150 is Ford’s most popular model. Why make a version that runs on natural gas? Think about a vehicle stopped at a traffic light, idling with the exhaust puffing out the back. Natural gas is the same fuel you use to cook a pot of spaghetti on the stove. Doesn’t that make more sense? Natural gas is abundant, it’s affordable and American-produced.

Ford believes it has appeal for everyday drivers? Sure. Yes, there are upfront costs, and we need to make progress in filling station availability, but we’re already seeing the CNG F-150 as the first vehicle that crosses over from commercial to the retail side. CNG sells for $2.11 a gallon. [In the fall], regular unleaded averaged $3.68 per gallon nationally. They pay for themselves. Retail buyers will see something like $2,651 in annual fuel savings. The economics are undeniable.

Does it compromise the F-150’s utility? Not at all. It has a range of 400 miles per fill-up. The tank was designed to take up the same amount of space as a utility chest. I have guys tell me they can still haul lumber in the bed.

Why not electric? Electric works in some models, smaller models. But electric is not always a market-efficient solution. In the Focus, the battery takes up 23 liters of space. That’s roughly four kegs of beer. In an F-150, the battery would literally weigh a ton.

Might we see technology make it smaller? Students at TCU will be the people, four, eight or 15 years from now, redefining what this industry means.