These prestigious scholars are going places

After a bumper crop of Fulbright winners in 2013, TCU has a new record group this year. 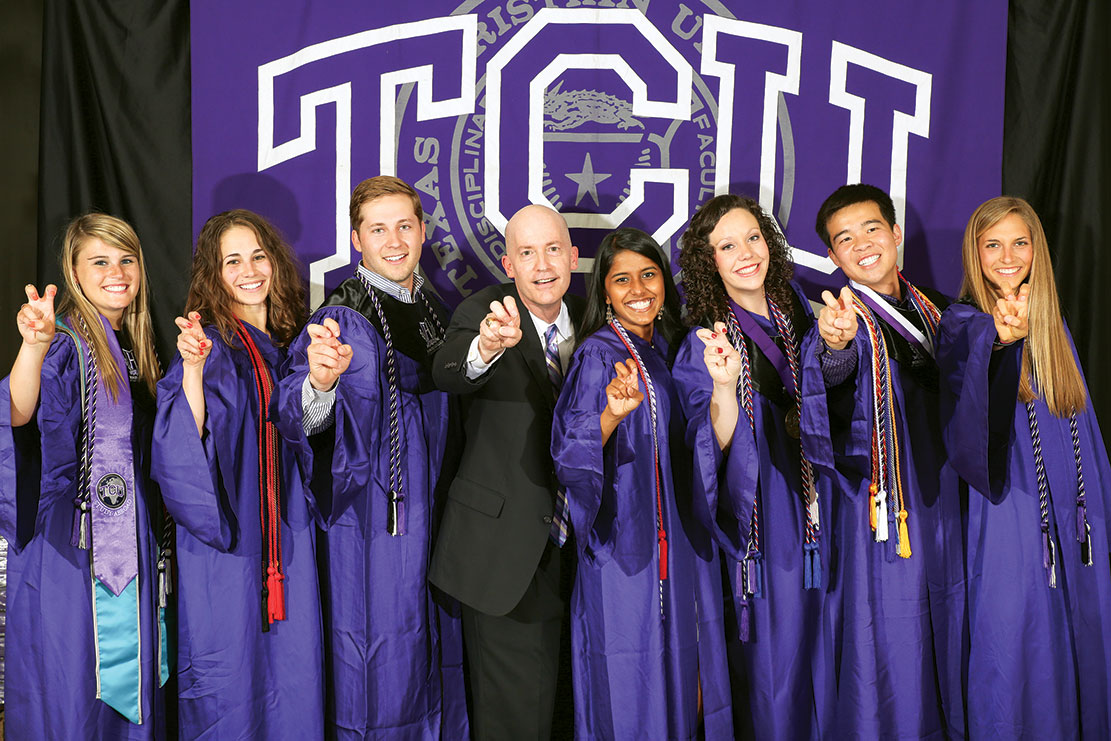 These prestigious scholars are going places

After a bumper crop of Fulbright winners in 2013, TCU has a new record group this year.

Six May graduates were selected for the prestigious national award for 2014-15. Four will teach English for a year somewhere in the world, one will conduct research, and one will work with faith-based Esperanza International in the Dominican Republic. A seventh student was a recipient of the Princeton-in-Africa Fellowship, which rates on par with the Fulbright.

These super-smart Frogs will share their skills in seven countries on three continents. Where are they going, what work will they do and why does the opportunity mean so much to them? After graduation in May, they told us.
Blaire Butler ’14
Barrington Hwang ’14
Alex Masi ’14
Caitlin McAteer ’14
Preston Oliver ’14
Lavina Ranjan ’14
Taylor Slack ’14

About the Fulbright Program:
The Fulbright Program is sponsored by the U.S. Department of State’s Bureau of Educational and Cultural Affairs and awards about 8,000 grants annually, with about 1,600 going to U.S. students. About 310,000 “Fulbrighters” have participated in the program since its inception in 1946. Currently, the Fulbright Program operates in more than 155 countries. www.us.fulbrightonline.org