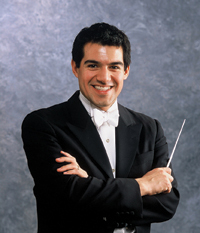 Conductor Miguel Harth-Bedoya, music director of the Fort Worth Symphony Orchestra since 2000, became Distinguished Guest Professor of Conducting in the School of Music in March. Harth-Bedoya will work with students in the graduate and undergraduate conducting program, as well as the orchestral and chamber music studies programs. He will continue his regular schedule with the Fort Worth Symphony Orchestra and as a guest conductor for other orchestras, operas and music festivals worldwide.

“Our faculty and students will gain immensely from his extraordinary talent as a conductor and his knowledge and enthusiasm for Latin American music,” said Scott Sullivan, dean of the TCU College of Fine Arts.

“I am so excited to be associated with an institution like TCU,” Harth-Bedoya said. “I am looking forward to contributing to the conducting studies program in a more structured way.”

The YMCA of Metropolitan Fort Worth presented TCU with its inaugural Community Partnership Award in April. The honor recognizes organizations which significantly impact the YMCA and the community. TCU was lauded for the TCU Student-Y, founded in 2003, which has adopted five YMCA branches around the city and provides programming for underprivileged high school students. Other programs earning kudos include The Center for Civic Literacy, Extended Education, Early Childhood Music Program, TCU Leaps, Real World Agency and Athletics. Don Mills, vice chancellor for student affairs, accepted the award. Chancellor Victor J. Boschini Jr. acknowledged the award with a videotaped message.

TCU has more than $800 million impact on city, analysis finds

TCU and Fort Worth have long believed that the university is a significant asset for the city. But TCU’s estimated economic impact in its hometown is eye-opening. Based on fiscal year 2007 actuals, the university’s operating expenditures was $265.1 million. Add to that $57.4 million in capital construction costs. Factor in a 2.51 multiplier, also used in determining economic impact for defense spending in Fort Worth, and TCU’s overall impact is more than $800 million.

“When the presidents began campaigning, they kept it on a high level, they didn’t get personal. You can’t go back to the past, but there has to be reform so we can keep it on a higher level – that’s my opinion.”

– Paul F. Boller, professor of political science and author of Presidential Diversions, on the advent of sitting presidents getting out on the campaign trail in the early 20th century

“Eighty-plus percent of college students in public universities receive some kind of financial assistance. Fifty percent have tuition prices of $2,500 or less. Sixty percent are lower than $4,800. That’s not the picture the media is portraying. Important to the success of universities in the 21st century will be communicating why they charge what they charge.”

“TCU students are energized by this election and the reason is Barack Obama. Some love him. Some don’t like him. But all are following the political process.”

– Jim Riddlesperger, professor of political science, on the impact of the race for the White House

“We can take average students and produce great teachers. The importance of teaching
science and math is to improve thinking ability in students.”

– J.C. Watts, former District 4 Oklahoma congressman, on the shortcomings of politics and government 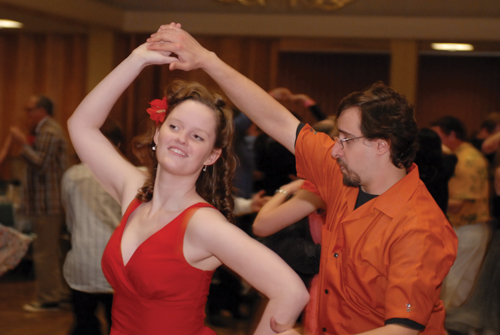 Last dance
Mallory Grigg and Greg Friedman ’02 were among more than 150, aged 4 to 84, who jumped and jived to the tunes of Red and the Red Hots in April at the last ever Spring Swing in the Student Center, built in 1955. “It was poignant, ironic, sad and sweet, all rolled into one,” said Chandler Smith, development director of Fine Arts and event organizer. 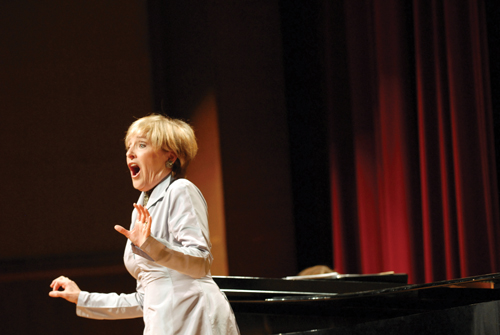 Frederica von Stade
Mezzo-soprano opera diva Frederica “Flicka” von Stade delivered a wide array of songs from Debussy to Ravel at the School of Music’s fundraiser concert in April. Von Stade was accompanied by Laurana Rice Mitchelmore ’61 on the piano. 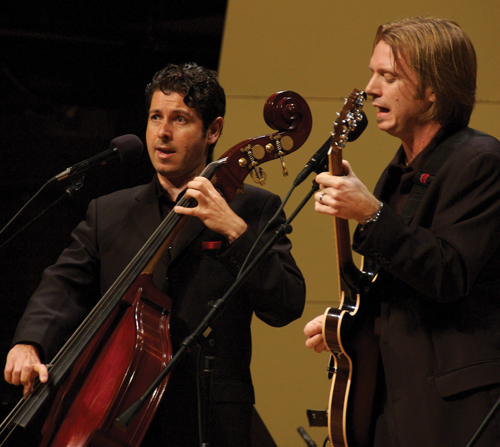 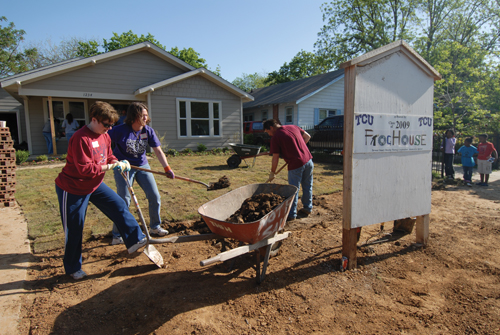 Frog House
Alumni, ex-lettermen and faculty work with students from the junior class at 1234 Bewick St., site of the 2007-08 Habitat for Humanity Frog House. Starting with a concrete slab on Feb. 22, the class built the two-bedroom house, completed the roof, painted and laid sod. 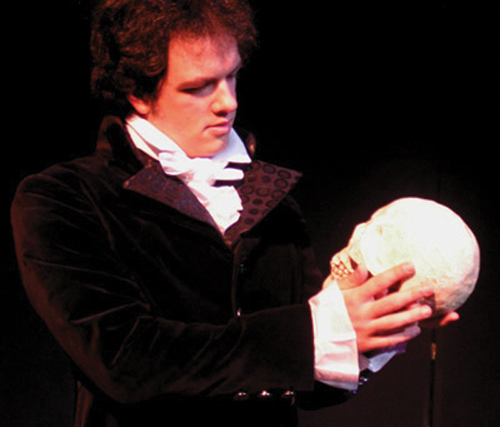 To be or …
Andrew Milbourn starred as the title character in the Theatre department’s production of “Hamlet” in the Hays Theatre in mid-April. It was the department’s first Shakespearean play on campus in four seasons. Performed in the original text, the play was set in the 1800s and received strong reviews. 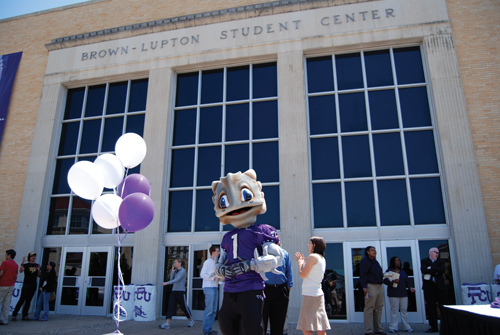 Hello, goodbye
May 1 was a day for celebrations – for SuperFrog’s 28th birthday and the last hurrah of the Brown-Lupton Student Center. Amid cake, ice cream and burgers, students high-fived their favorite mascot during the lunchtime shindig, where the final days of the Student Center were commemorated in song and T-shirt.