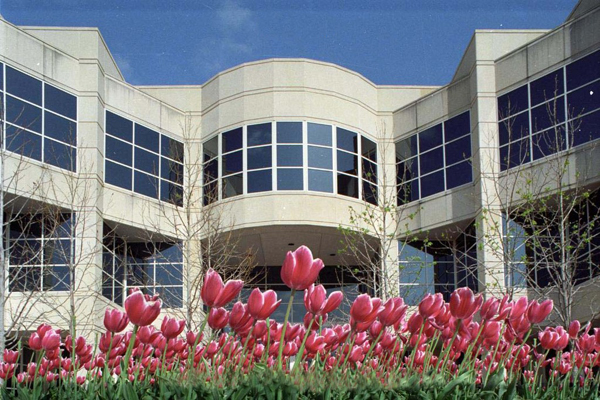 Tandy Hall is home to part of the Neeley School of Business at TCU. (Photography by Carolyn Cruz)

Another round of rankings of America’s top business school programs is in, and TCU’s Neeley School of Business is again in elite company.

Neeley was rated as fifth-best in the nation on the Student Survey of Bloomberg Businessweek’s annual ranking of U.S. undergraduate business programs. Recent graduating students moved Neeley into the top five along with business schools at Notre Dame (1), Cornell (2), Virginia (3) and Richmond (4), and ahead of all other Texas undergraduate business programs: SMU (9), University of Texas (11), Texas A&M (23), University of Texas at Dallas (37), Baylor (60) and Houston (105).

2013 is the fourth consecutive year that Neeley has placed in the top six.

Neeley also was tops in the state in the category Academic Quality, tying with University of Texas at No. 35.

“Our continued success in the eyes of our students is particularly noteworthy since only four business schools in the country ranked ahead of us,” said George Low, associate dean of undergraduate programs. “Our distinguished faculty and staff deserve all the credit for this impressive accomplishment.”

Overall, Neeley stayed at No. 28 out of 145 U.S. Schools ranked by Bloomberg Businessweek, based on surveys of 85,000 senior business students and 519 employers, plus SAT scores, internships, class size, student-teacher ratio, classwork hours and average starting salary of recent graduates.

“I’m proud of our faculty and staff who are committed to providing top-tier learning experiences for our students and supporting their professional development both inside and outside the classroom,” said O. Homer Erekson ’74, the John V. Roach Dean of the Neeley School.

The kudos were the latest in a stellar year for the program. In August, Neeley was tabbed No. 56 out of 484 business schools by the 2013 U.S. News & World Report ranking of the best undergraduate business programs. In September, Neeley’s Entrepreneurship Program was picked No. 25 by The Princeton Review for Entrepreneur magazine’s October 2012 issue.

Also in October, The Economist magazine selected Neeley No. 71 in the world in its ranking of international MBA programs, which placed it 40th among programs in the United States. It was the first time Neeley had appeared in The Economist’s prestigious rankings.