People must devise strategies to maximize their individual and collective impact to change the way society operates. 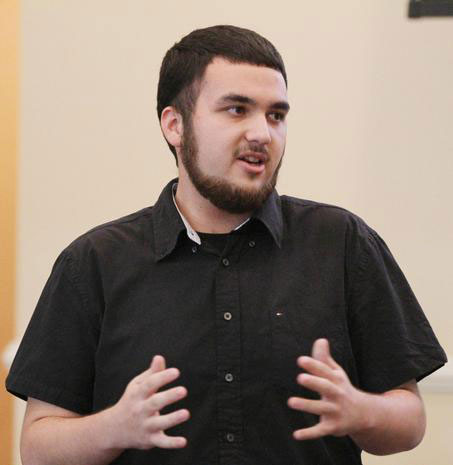 Jordan Mazurek ’12 is a sociology and environmental science graduate from Fort Worth. (Photo by TCU360)

People must devise strategies to maximize their individual and collective impact to change the way society operates.

Radicals are among the most responsible of citizens. A provocative statement, but didn’t Shakespeare say something about a rose being called by other names once?

The term “radical” evokes many a connotation, but I find the etymology of the word fascinating and conceptually useful. Radical derives from the Latin adjective radicalis which translates as “of or having roots,” along with the Latin word radix which literally means “root”.

While the modern use of the word has taken a decidedly more politicized meaning than its Latin origins, I still find these origins useful in understanding what it means to embrace the label “radical.” The 21st Century (post)modern day radical is a person capable of effectively articulating the root of modern social woes or systemic oppressive forces within institutions and social structures. Articulation alone does not make one a radical however. At the center of responsible citizenship, and radicalness, is a call to action.

The radical person must not only be able to articulate things but they must also be able to devise strategies in which to maximize their individual, and in turn collective, impact to change the way the society they are a citizen of operates. The strategies and tactics these individuals employ are varied in terms of their objectives and whether they are operating within or outside of formal systems, among other variables. Operation outside formal systems typically equates to being labeled by those systems as radicals, anarchists, “ecoterrorists,” but what was that about a rose?

Next essay: Luke Miller ’13 – One-dimensional origami
TEDx at TCU – “What does responsible citizenship look like?” A Q&A with Bob Schieffer